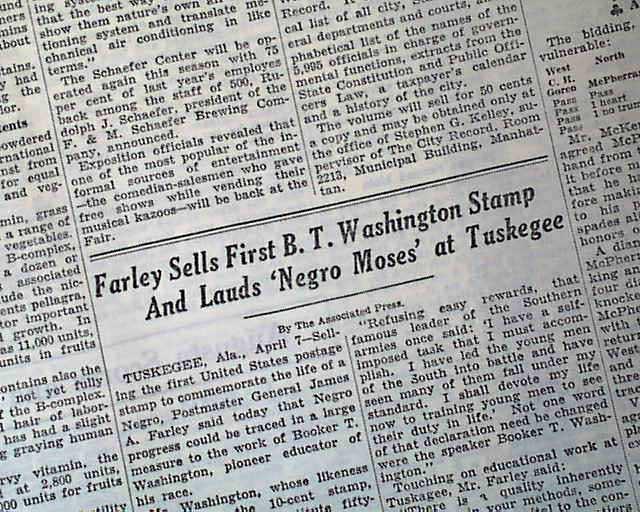 Page 21 has a report announcing what would be the first African-American to appear on a United States postage stamp, the article is headed: "Farley Sells First. B. T. Washington Stamp And Lauds 'Negro Moses' at Tuskegee." (see)
The dateline of the article (see) is April 7, and history notes that it was on April 7, 1940  that this stamp was first issued, as part of the "Famous Americans" series. I suspect this is one of the few publications to report this particular event as other titles in our inventory do not.
Other news, sports and advertisements of the day. Complete in 36 pages, this is the rare rag edition that was produced on very high quality newsprint, with a high percentage of cotton & linen content, allowing the issues to remain very white & sturdy into the present. Given the subscription cost, libraries & institutions rather than individuals were the primary subscribers of these high-quality editions. Minor spine wear, very nice condition.