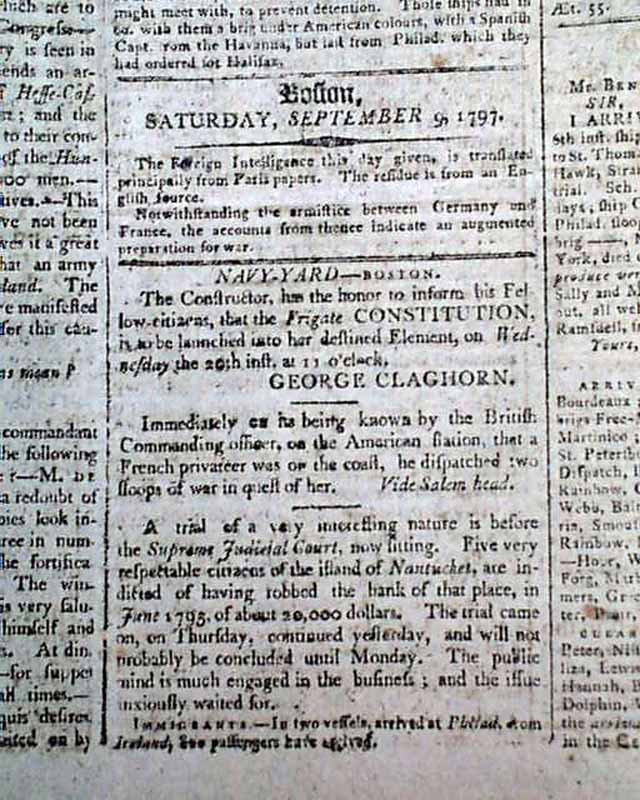 The top of page 3 has an advertisement for the "Grand Lodge" of the Masons, including an engraving of the Masonic seal, with the notice signed in type: Paul Revere, Grand Master".
Page 2 has a brief yet notable item datelined "Navy Yard, Boston" noting: "The constructor has the honor to inform his fellow citizens, that the Frigate CONSTITUTION, is to be launched into her element on Wednesday the 20th inst., at 11 o'clock." signed in type: George Claghorn.
The back page begins with a poem: "On JOHN ADAMS, President of the United States...".
Four pages, a bit of foxing, nice condition.