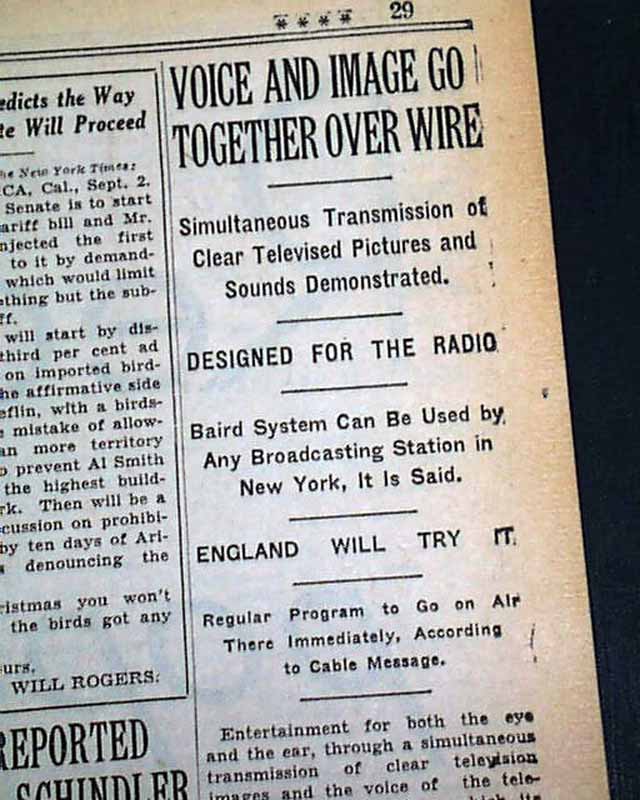 Page 29 has one column headings: "VOICE AND IMAGE GO TOGETHER OVER WIRE" "Simultaneous Transmission of Clear Televised Pictures and Sounds Demonstrated" "Baird System Can Be Used by Any Broadcasting Station in New York, It Is Said" and more (see). Very significant reporting during the founding of television, an invention which would change not only the worlds of entertainment & communication forever, but society as well. A significant issue for any collector of television history.
Other news, sports and advertisements of the day. Complete in 56 pages, light toning at the margins, a little irregular along the spine, generally very nice.