Home > Back to Search Results > The beginning of the U.S. Navy's relationship with San Diego ?...
Click image to enlarge 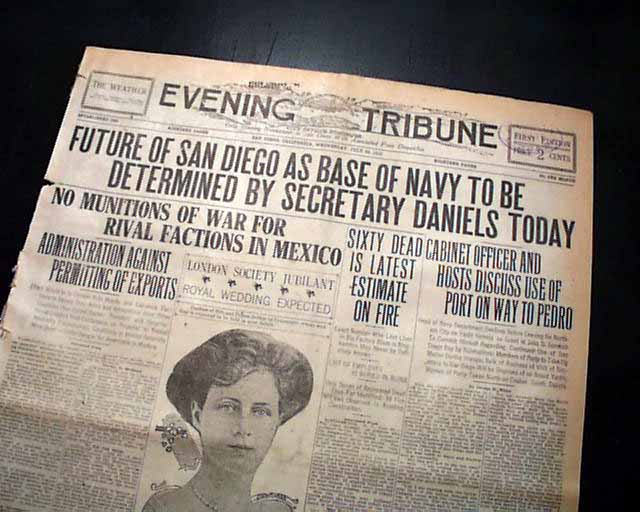 The beginning of the U.S. Navy's relationship with San Diego ?...

* Naval Base San Diego to be born ?

A nice issue on the pre-founding era of the United States Navy's relationship with San Diego, one which has grown tremendously ever since 1917 to become the home port of the Pacific Fleet, a base composed of 13 piers, with over 24,000 military personnel and over 10,000 civilian workers.  The U.S. Navy remains a vital economic force in San Diego today.
The front page has a nice banner headline: "FUTURE OF SAN DIEGO AS BASE OF NAVY TO BE DETERMINED BY SECRETARY DANIELS TODAY" with subheads. (see) Nice for display. San Diego would officially be chosen about 4 years later.
Complete in 18 pages, a few small library stamps within the masthead, a little irregular along the spine, generally nice.