Home > Back to Search Results > On Washington retiring from public office...
Click image to enlarge 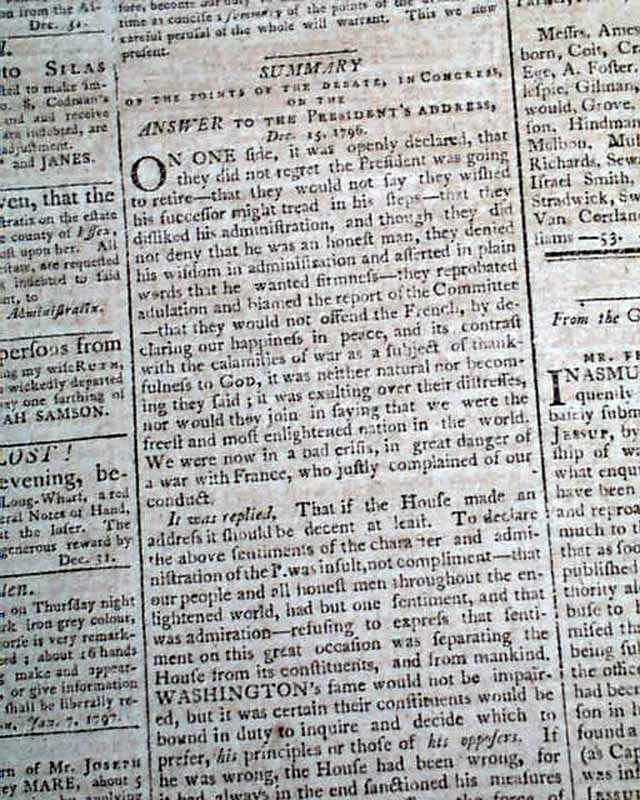 On Washington retiring from public office...

The ftpg. has: "Summary of the Points of the Debates in Congress on the Answer to the President's Address" referring to Washington's last state-of-the-union address. It begins: "On one side, it was openly declared that they did not regret the President was going to retire...".
Page 2 has a report from "Virginia" concerning: "...a late meeting, chose a respectable committee to address the President of the United States on his determination to retire from office, to express their extreme regret..." and more. This is followed by the response of the President signed in type: Go. Washington.
Four pages, very nice condition.