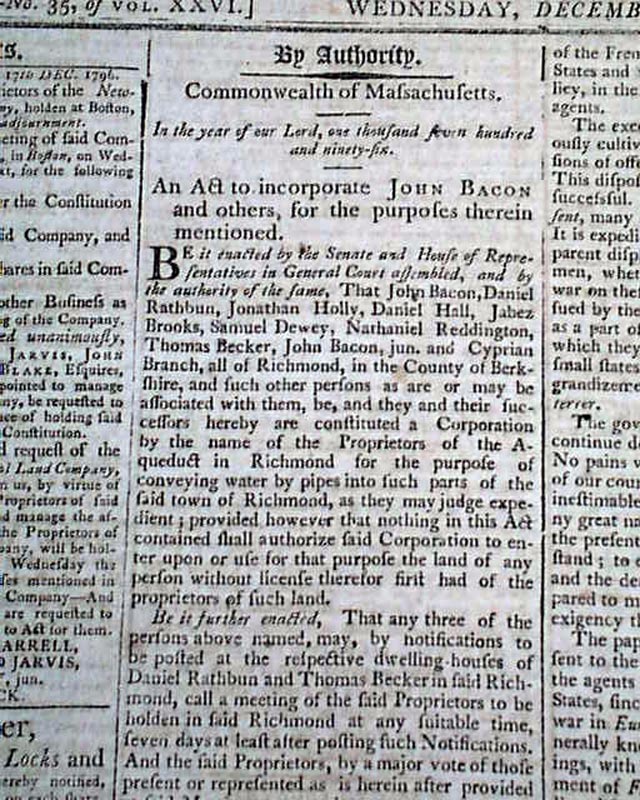 The front page has nearly a full column taken up with an Act from the Massachusetts Legislature which is signed in type: Samuel Adams. Page 2 contains a letter signed in type by the President: Geo. Washington.
Also on page 2 are the "Votes For President, &c." being a list of the electoral votes for each state. It shows Adams with 71 votes, Pinckney with 52 and Jefferson with 44.
Page 3 has: "The election of Mr. Adams to the Presidency of the United States is confirmed..." with more.
Four pages, very nice condition.