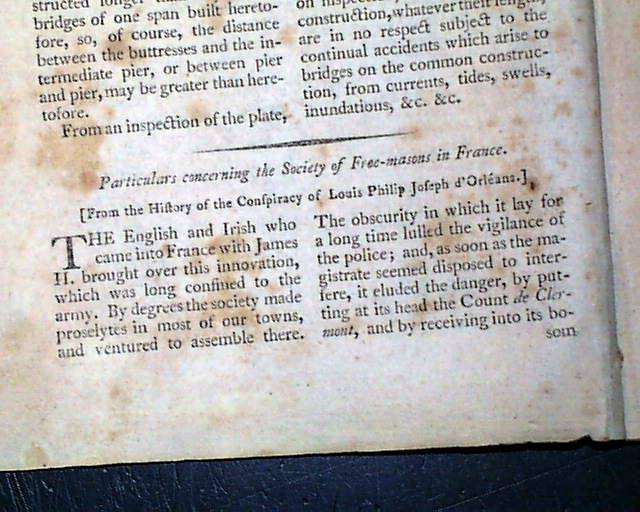 
NEW YORK MAGAZINE OR LITERARY REPOSITORY, May, 1797  The issue is filled mostly with an eclectic collection of articles, while the back several pages contain news items of the day.
Perhaps the most notable content is the: "President's Speech" which takes 5 1/2 pages. This was his speech of May 15, 17907, Adams calling for the first special session of Congress to consider the worsening French-American crisis, which would lead to the Quasi War. It is signed at its conclusion: John Adams.
Following this are over 5 pages of "Domestic Occurrences" which includes a fine report of the launch of the 44 gun frigate 'United States', with considerable detail.
Certainly one of the less common 18th century American magazine titles, existing from just 1790 to 1797.
No plates are present.
Complete in 56 pages, 5 by 8 inches, lacking a full title/contents page, the back four leaves are a bit smaller than the others, various foxing, good condition. 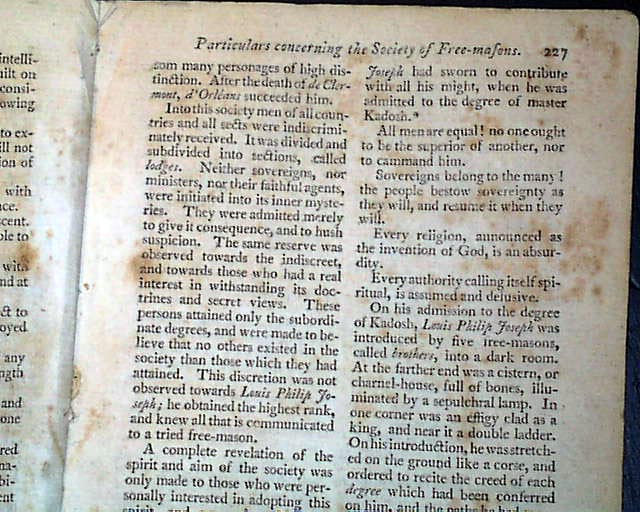 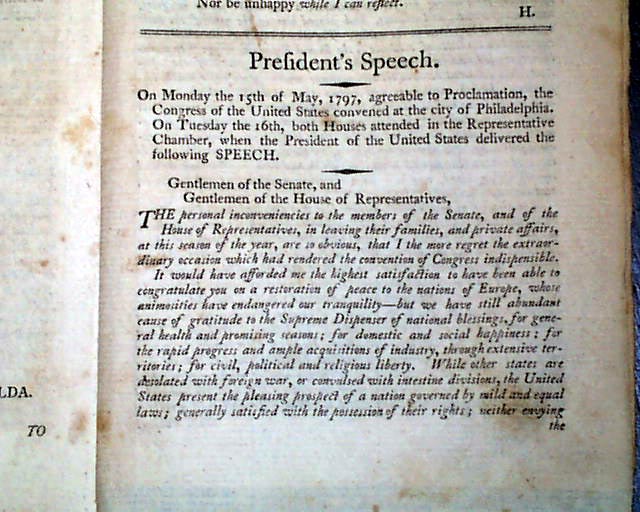 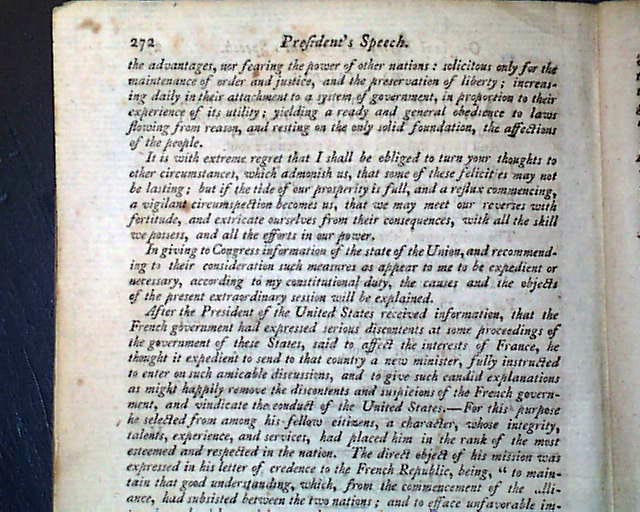 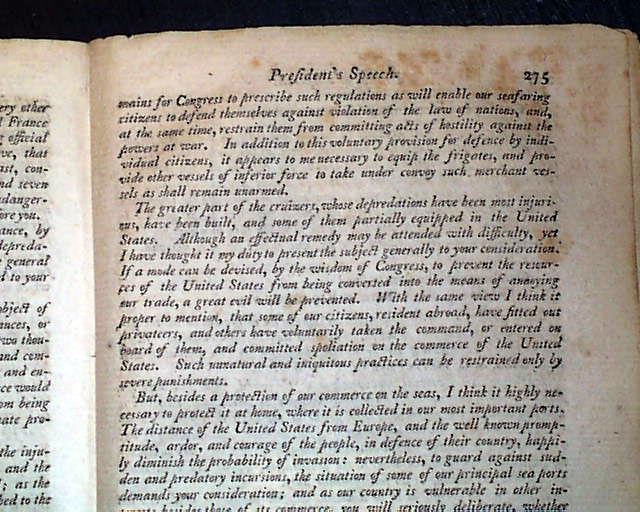 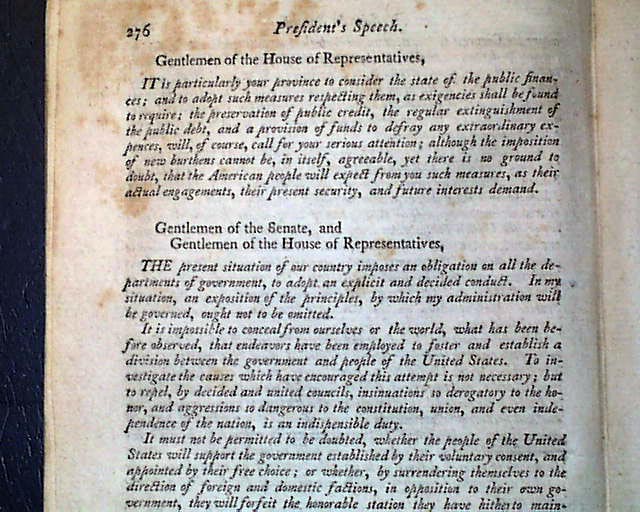 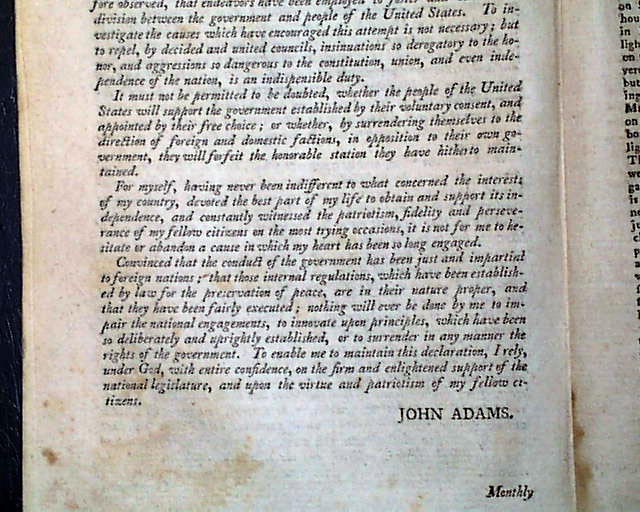 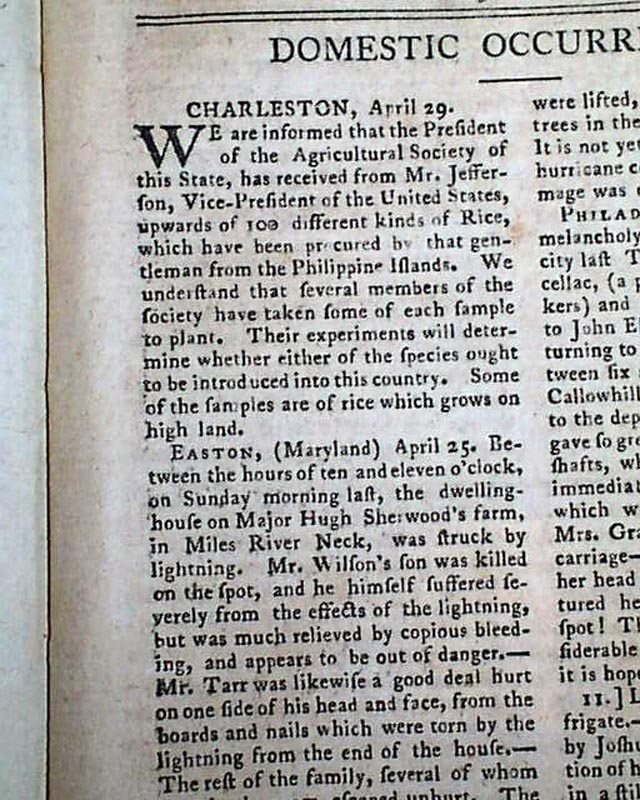 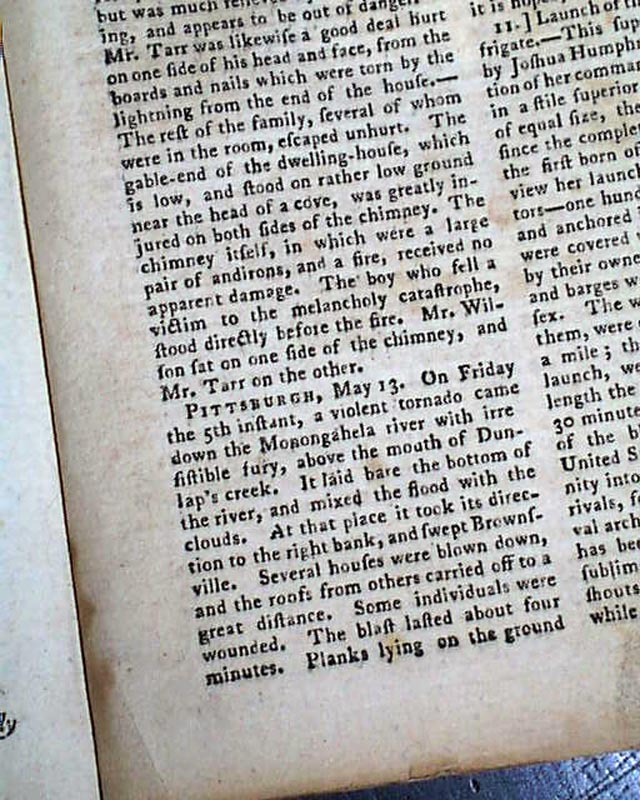 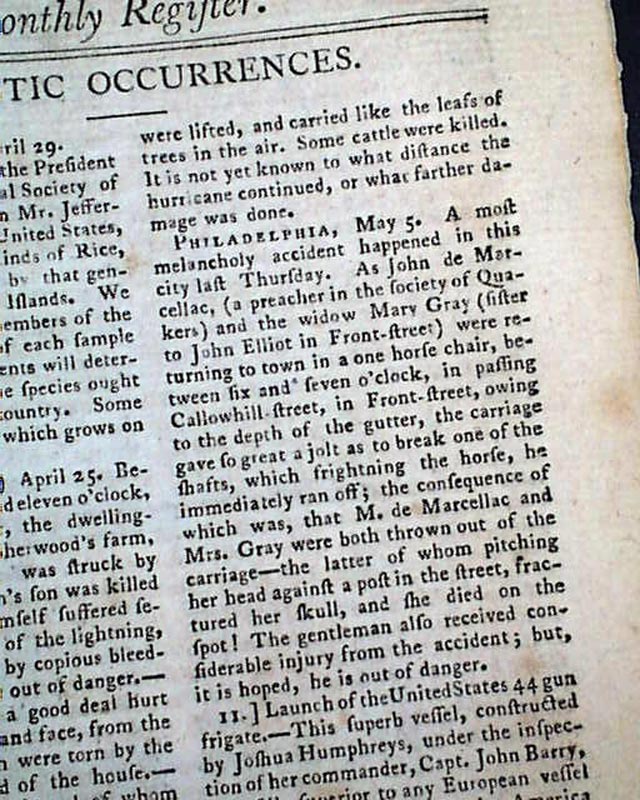 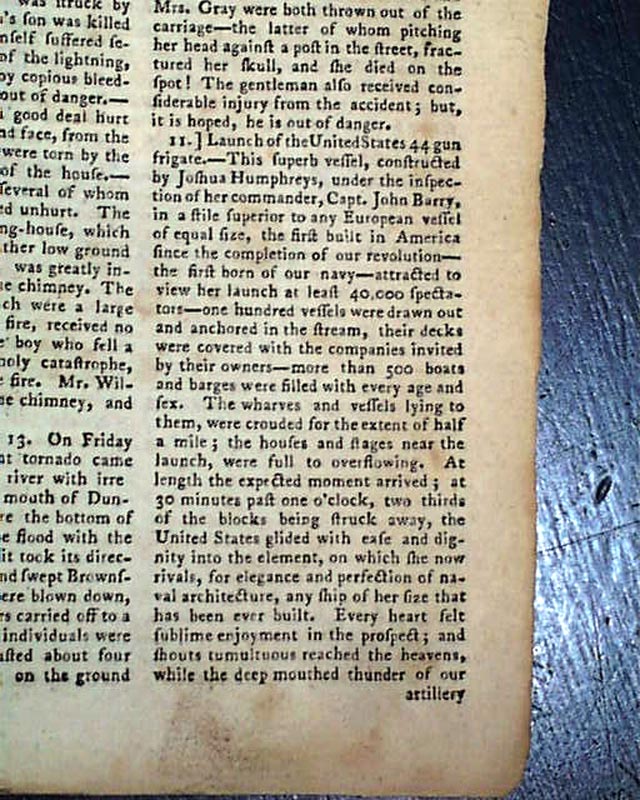 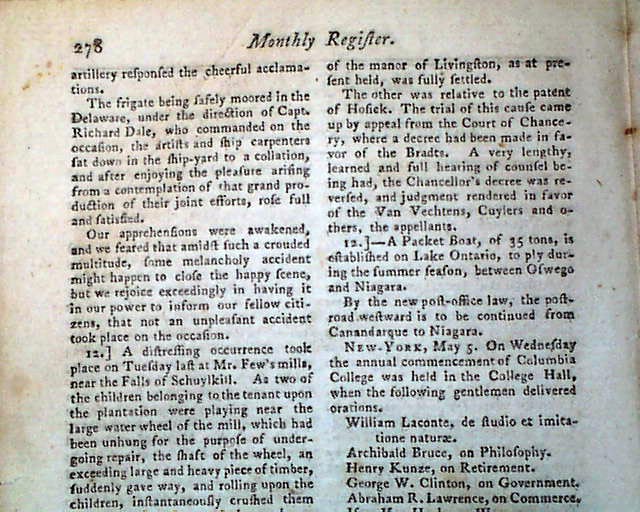 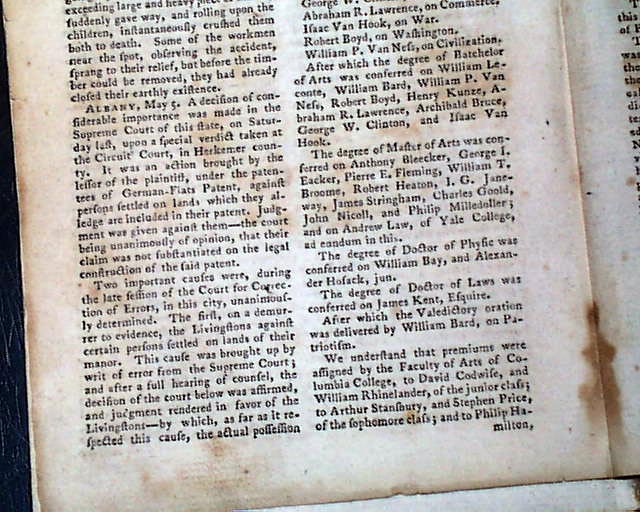 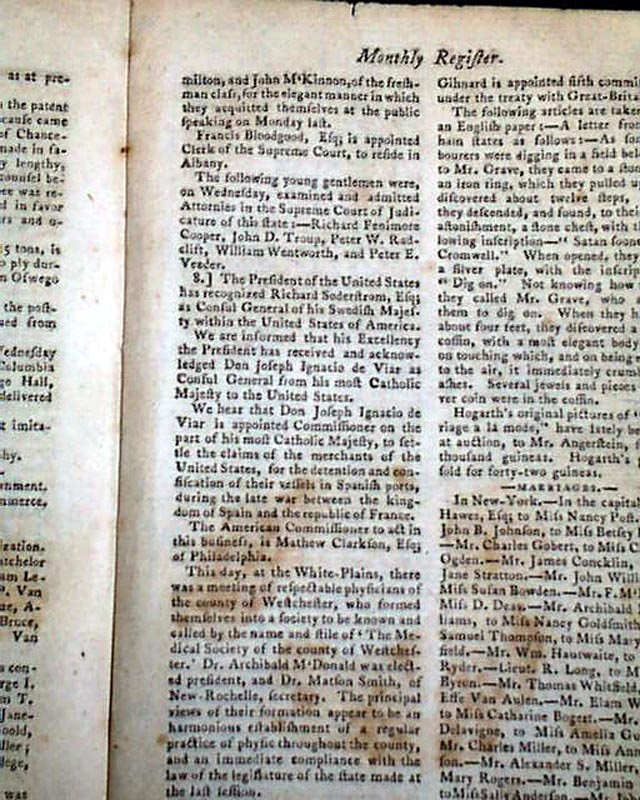 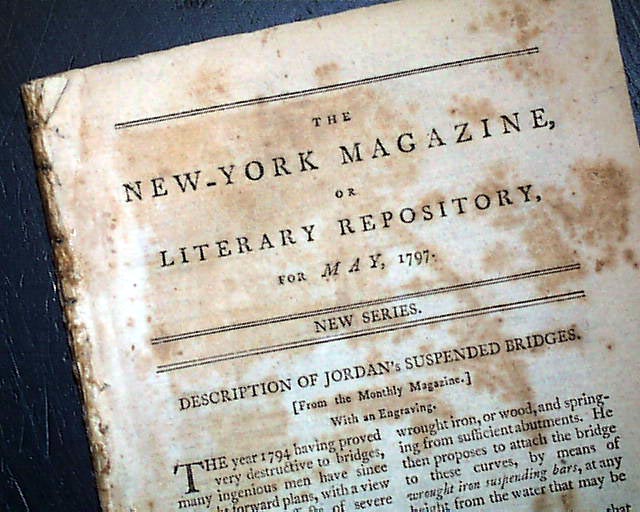 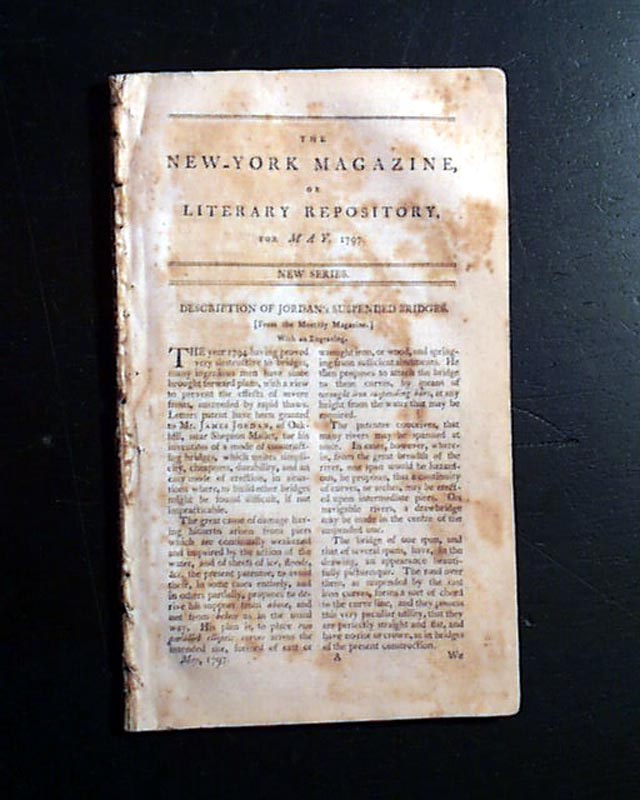