Home > Back to Search Results > Early and uncommon title from Baltimore...
Click image to enlarge 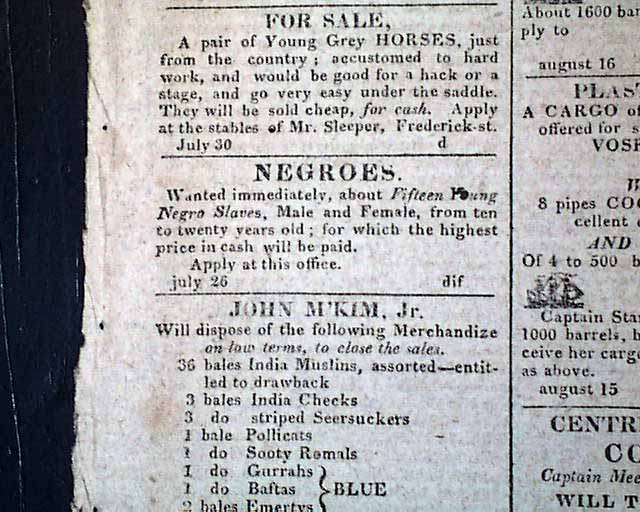 Early and uncommon title from Baltimore...

A typical newspaper of the day with various news and a wealth of advertisements.
Among the front page ads is: "NEGROES - Wanted immediately about fifteen young Negro Slaves, Male and Female, from ten to twenty years old, for which the highest price in cash will be paid."
The back page has: "150 Dollars Reward" for a runaway Negro man, James Ambly, with much detail. Also a nice & rather large illustrated stagecoach ad.
Four pages, generally good condition.