Home > Back to Search Results > Death of Wilma Rudolph...
Click image to enlarge 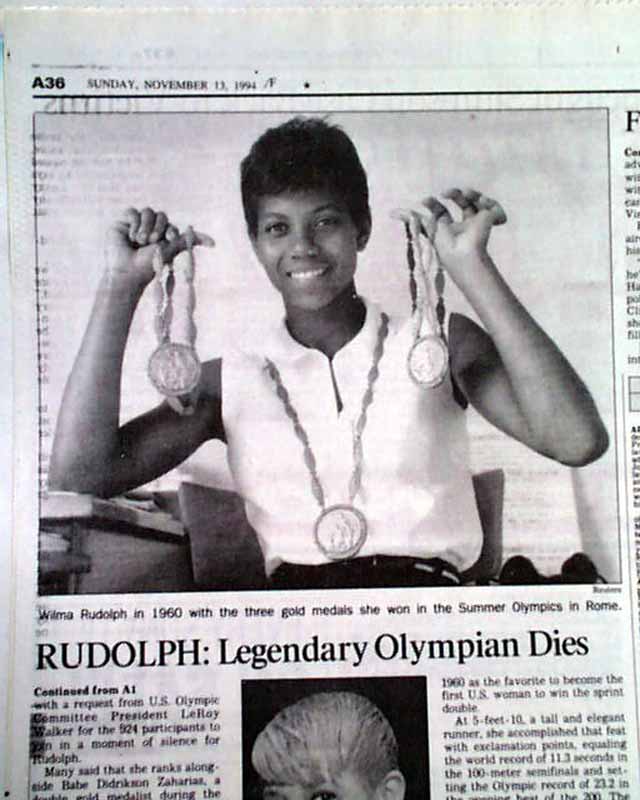 * Walked with a leg brace as a child,
* Triple Gold medalist
* Dies of Brain Cancer

The front page of this issue has an image and headline: "Olympic Legend Wilma Rudolph Dies; Triple gold medalist who inspired a generation of women's track stars loses battle with brain cancer at 54".  Additional coverage follows on pg. A36 with 2 more images and continuation of the article.  The Sports Section also has an image and highlight mention.  "Wilma Rudolph, who as a child walked with the aid of a leg brace but ran to three Olympic gold medals and inspired a generation of future champions".

This issue contains the front section, the valley section and the sports section.  Overall in very good condition.