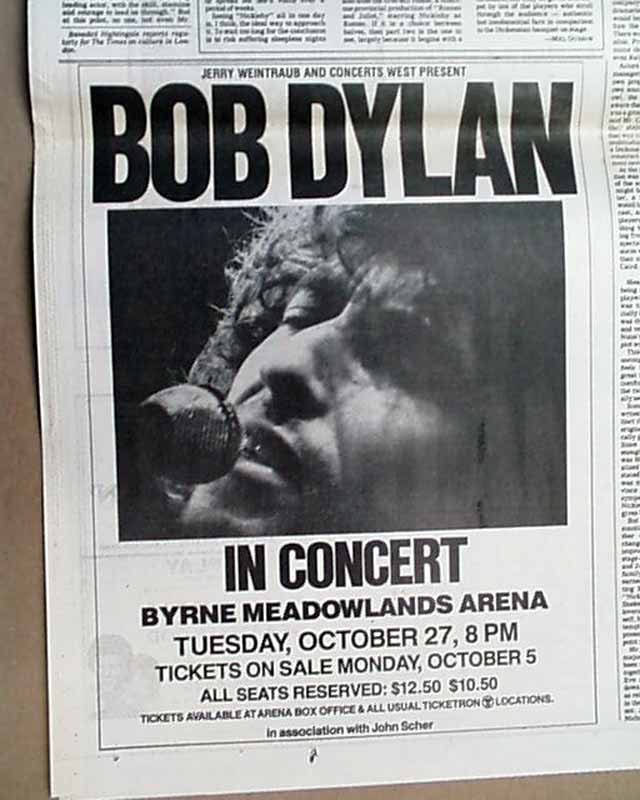 Besides interesting news of the day, this issue is loaded with premium theater, movie and concert ads form America's "city that never sleeps", NYC.  Included is a 1/4 pg. Bob Dylan Concert Ad and a full page ad for the limited engagement musical production of "CAMELOT" staring Richard Harris.
This issue contains the First Section and the Arts and Leisure Section.
There is some minor tearing on the left fold of each section and the Arts and Leisure section has minor tearing on the fold (see images).  Overall, this issue is in nice condition.