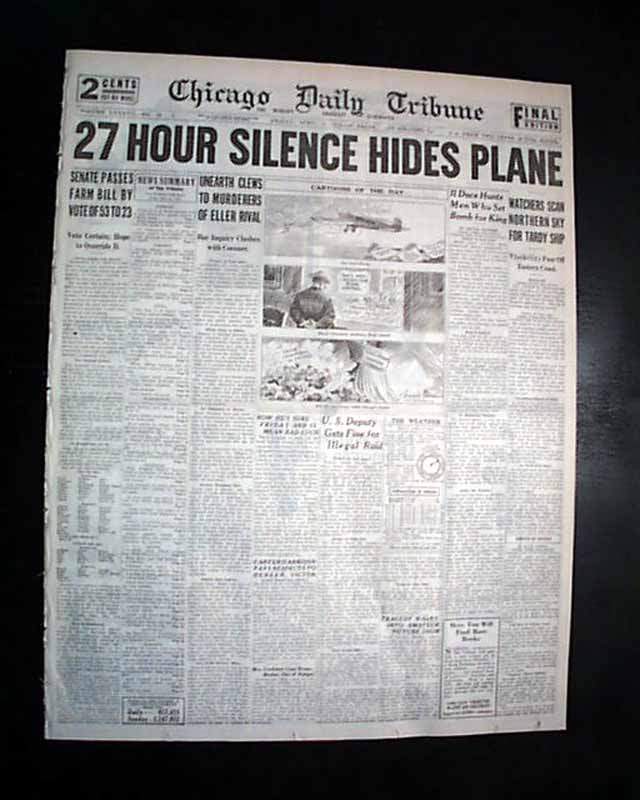 The front page has a nice banner headline: "27 HOUR SILENCE HIDES PLANE" with subheads and related illustration. Reporting continues on Page 2 with map. Related photos are on the back page. (see) Always nice to have notable events in history reported in this World famous publication.
Other news, sports and advertisements of the day. Complete in 40 pages, rag edition in nice condition.

wikipedia notes: The Bremen is a German Junkers W33 type aircraft that made the first successful transatlantic aeroplane flight from east to west between April 12 and April 14, 1928.

The Bremen left Baldonnel Aerodrome, Ireland on April 12 and flew to Greenly Island, Canada, (about 1,200 miles from New York) arriving on April 14, 1928, after a flight fraught with difficult conditions and compass problems. The crew consisted of pilot Captain Hermann Köhl; the navigator, Major James Fitzmaurice, and the owner of the aircraft, Ehrenfried Günther Freiherr von Hünefeld.