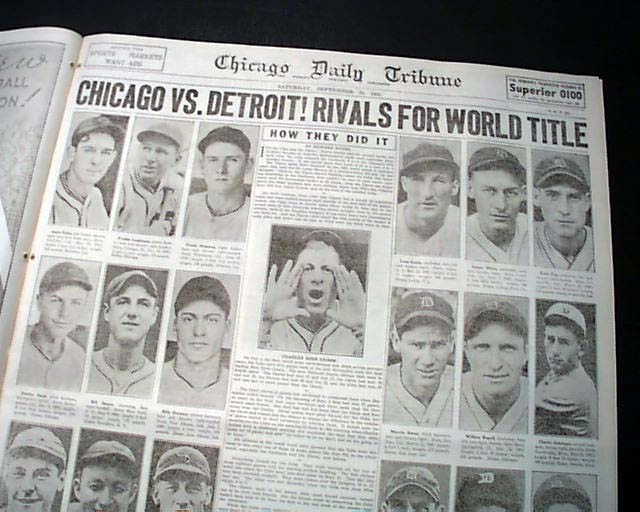 The front page has a great banner headline: "TITLE FOR CUBS! 21 IN A ROW" with subheads. The front page of the sport's section has another nice banner headline: "CHICAGO VS. DETROIT! RIVALS FOR WORLD SERIES" with photos of the players of each team. More inside this section and a fewimore related photos are on the back page. First report coverage on the 1935 Chicago Cubs winning the National League pennant. They would face the Detroit Tigers in the World Series in which they lost. Great to have in this World famous Chicago publication, very rare as such. NICE FOR DISPLAY.
Other news, sports and advertisements of the day. Complete in 36 pages, rag edition in very nice condition. A few small binding holes along the spine.