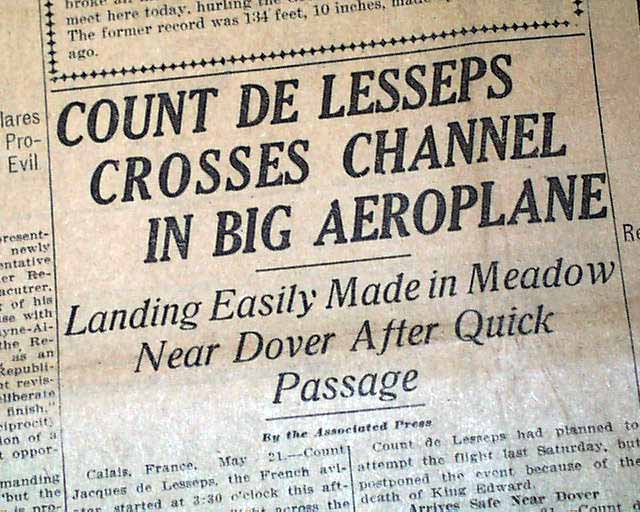 Above the masthead is a nice headline: "French Aviator Flies Across English Channel" with subheads. (see) Surprisingly this issue is in good condition being from the "wood pulp" era. Very hard to find issues that are not totally fragile from this era in paper.
Complete with 12 pages, small library stamps within the masthead, a few small binding holes along the spine, generally very nice.

wikipedia notes: Jacques Benjamin de Lesseps was a French aviator born in Paris on 5 July 1883, killed in an air accident presumably on 18 October 1927 along with his flight engineer Theodor Chichenko. In 1910, Jacques de Lesseps became the second person to fly an aeroplane over the English Channel. His aircraft was a Blériot Type XI like the one Louis Blériot himself used for the first Channel crossing the year before.