Home > Back to Search Results > Porter Charlton arrested in 1910...
Click image to enlarge 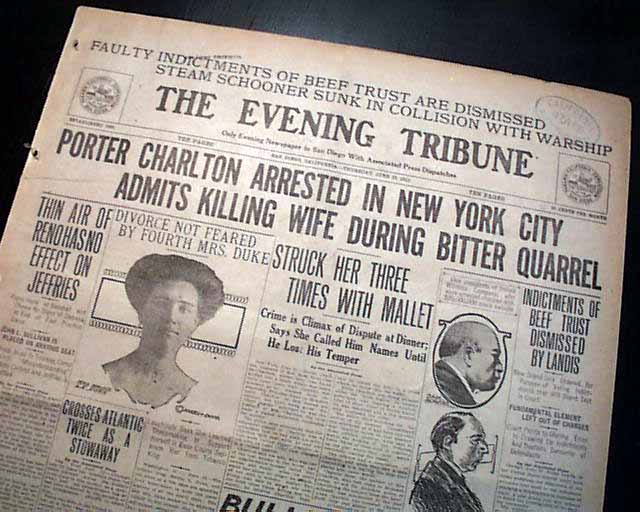 The front page has a banner headline: "PORTER CHARLTON ARRESTED IN NEW YORK CITY ADMITS KILLING WIFE DURING BITTER QUARREL" with subheads. (see) Surprisingly this issue is in good condition being from the "wood pulp" era. Very hard to find issues that are not totally fragile from this era in paper.
Complete with 10 pages, 2 small library stampS within the masthead, some small binding holes along the spine, generally nice.

wikipedia notes: Porter Charlton was the son of a Puerto Rican federal judge who in 1910 confessed in New York, United States to murdering his wife at Lake Como in Italy and sinking the body in a trunk in the lake. He was extradited to Italy.