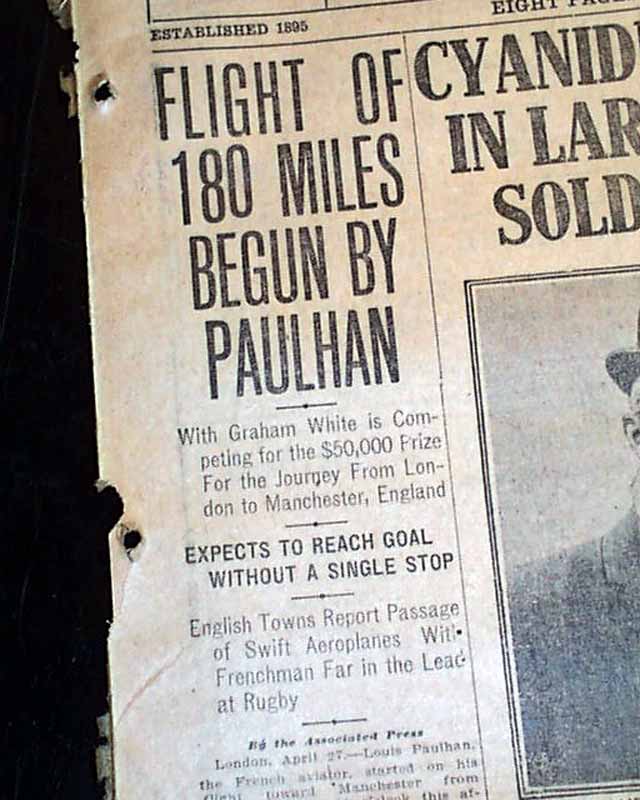 The top of the front page has a banner heading: "Paulhan And White Flying From London To Manchester" with subheads. (see) Surprisingly this issue is in good condition being from the "wood pulp" era. Very hard to find issues that are not totally fragile from this era in paper.
Complete with 8 pages, two small library stamps within the masthead, some small binding holes along the spine, generally nice.

wikipedia notes: The 1910 London to Manchester air race took place between two aviators, each of whom attempted to win a heavier-than-air powered flight challenge between London and Manchester first proposed by the Daily Mail newspaper in 1906. The £10,000 prize was won in April 1910 by Frenchman Louis Paulhan.