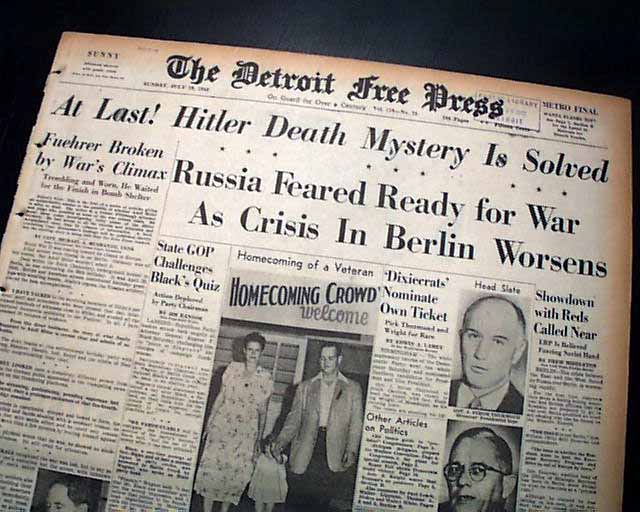 The top of the front page has a banner headline: "At Last! Hitler Death Mystery Is Solved" with subheads and small photo of Musmanno. This is the 1st installment of a series of articles by Musmanno.
Complete 1st section only with 16 pages, light toning at the margins, small library stamp within the masthead, small binding holes along the spine, generally nice.