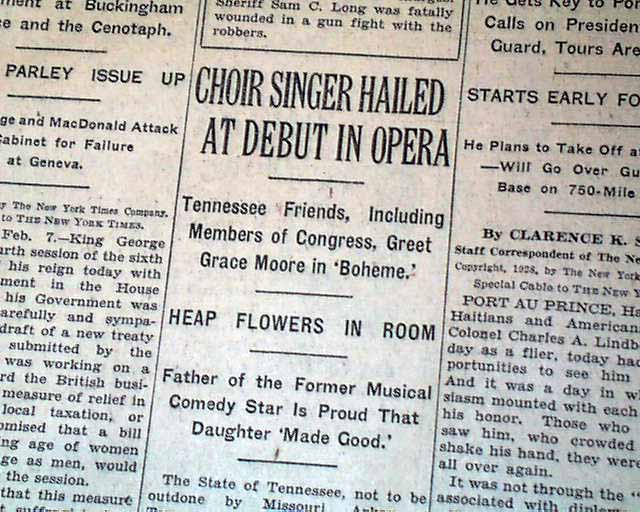 The front page has a one column heading: "CHOIR SINGER HAILED AT DEBUT IN OPERA" with subheads. First report coverage continues on page 28 with related photo. Nice to have in this World famous NYC publication.
Other news, sports and advertisements of the day. Complete in 52 pages, light toning at the margins, a little irregular along the spine, generally nice.

wikipedia notes: After training in France, Moore made her operatic debut at the Metropolitan Opera in New York City on February 7, 1928, singing the role of Mimì in Giacomo Puccini's La bohème.