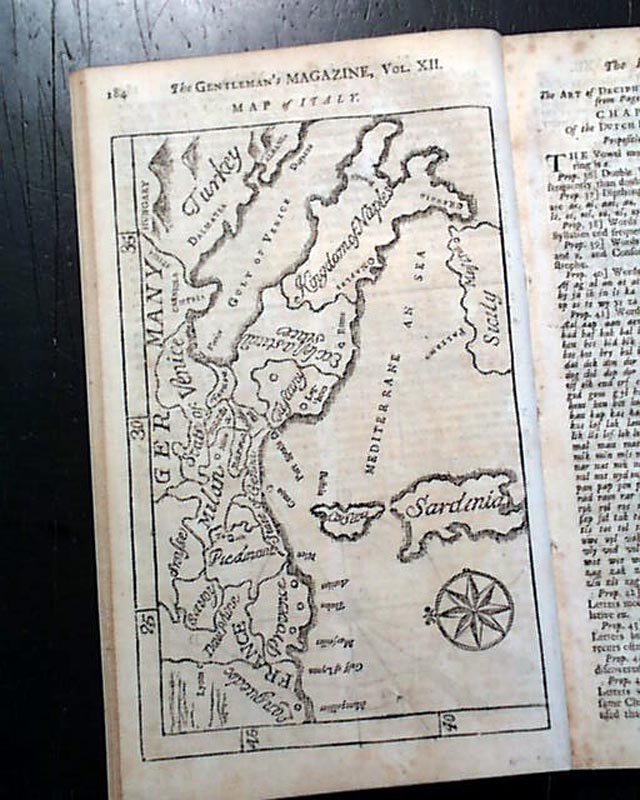 Perhaps the best item in this issue is the very nice full page: "Map of Italy" which shows the various borders of the states at that time, including Tuscany, Naples, Ecclesiastical State, Milan, Savoy, Venice, and more.
Also included in the map are Corsica, Sardinia, a portion of Sicily, as well as portions of France (including Provence), Germany, and Turkey.
There are two articles on comets, with two engravings of them. Other items in this issue include: "The Art of Deciphering" which is on translating the Dutch language; and: "The Latin Language" "The Life of Peter Burman" among so much more.
There are no additional maps or plates called for.
Complete in 56 pages, full title/contents page with an engraving of St. John's Gate, 5 by 8 inches, nice condition.