Home > Back to Search Results > Franklin's experiments with electricity... prints of birds... The Smoky Mountains...
Click image to enlarge 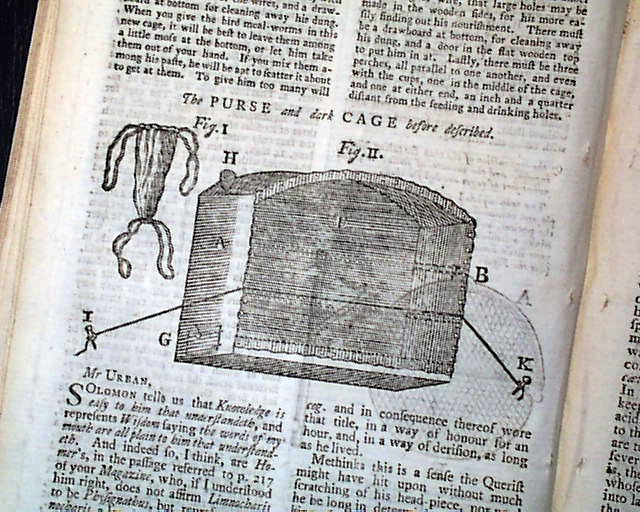 Franklin's experiments with electricity... prints of birds... The Smoky Mountains...

This issue includes a lengthy: "Letter from a Gentleman in Virginia" which is focused on the "smoaky weather" in Virginia, likely leading to the name of the "Smoky Mountains" of North Carolina. This article takes the equivalent of a full page and is followed by: "Observations on the Above Phenomena of the Weather".
Also of significance is a: "Letter from a Gentleman at Paris to his Friend at Toulon concerning a very Extraordinary Experiment in Electricity" which begins: "You must remember, sir, how much we ridiculed Mr. Franklin's project for emptying clouds of their thunder..." with further reference to Franklin's experiments. This article takes over two pages.
Included also is a nice print the nightingale bird, but lacking are the two other bird prints. Also lacking is the foldout plate called for.
Other items of interest in this issue include: "The Ancient Story of King Lear"; a continuation of: "History of the Incas" "Voltaire's Story of the Man with the Iron Mask..." "Construction of Traps & Cages" which includes two prints; "Letters From Virginia" "Phenomenon of the Aurora Borealis Explained" "Of Securing Our American Colonies" and more.
Complete in 48 pages, 5 by 8 inches, full title/contents page with an engraving of St. John's Gate, very nice condition. 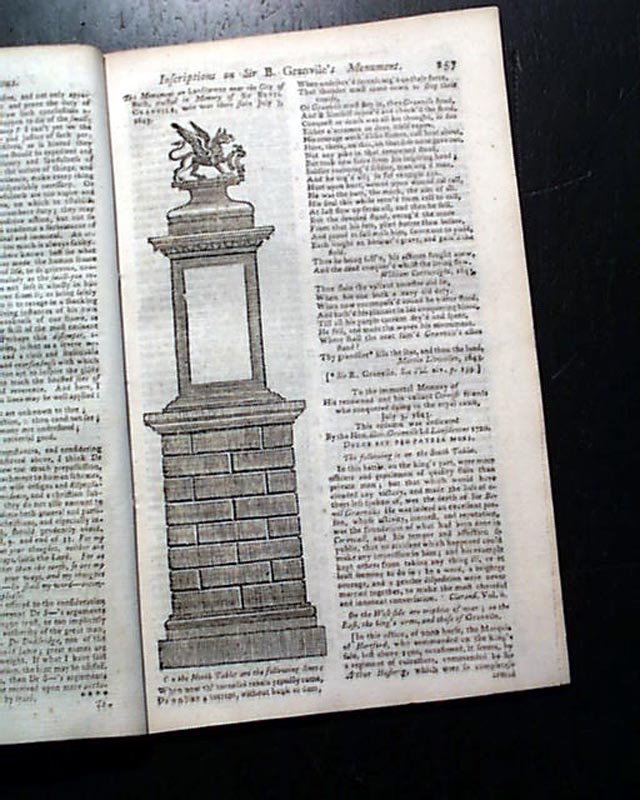 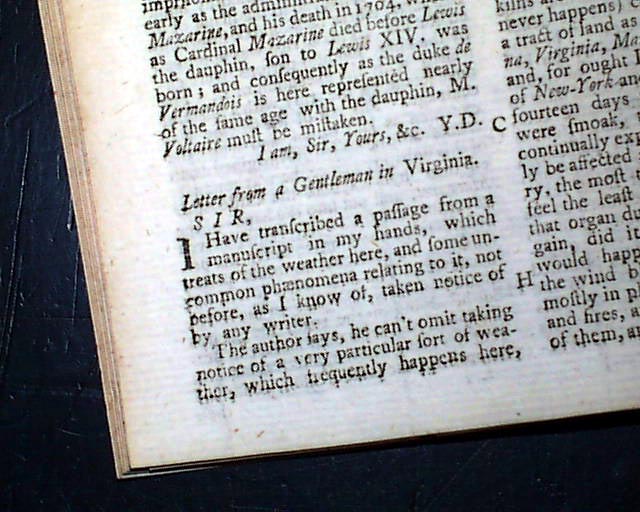 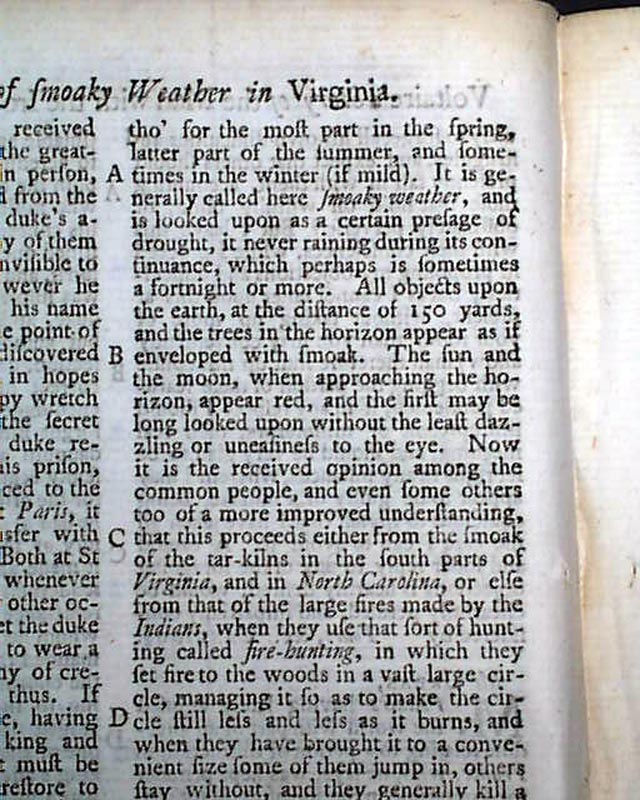 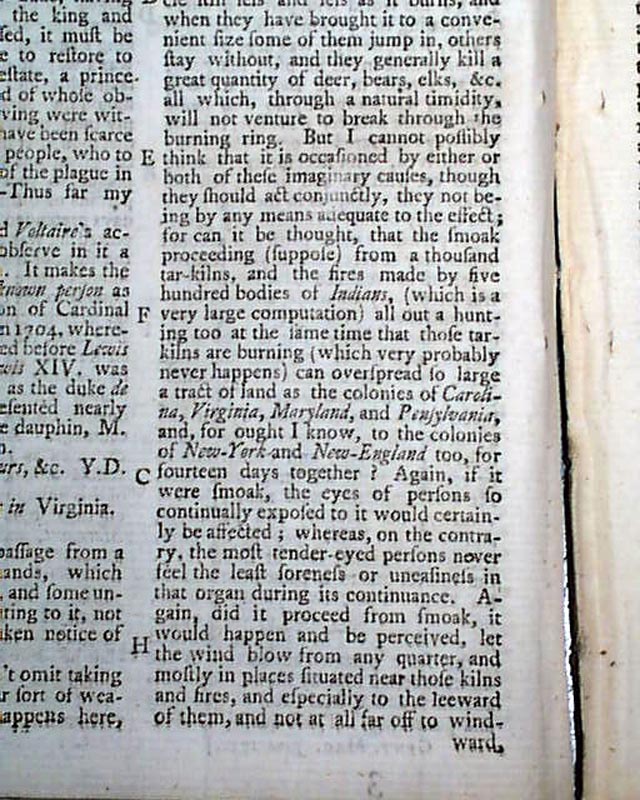 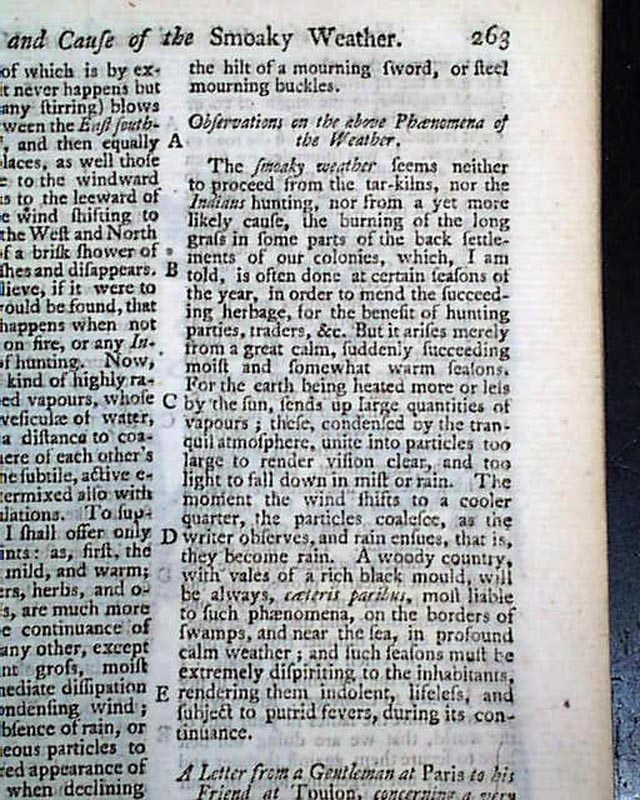 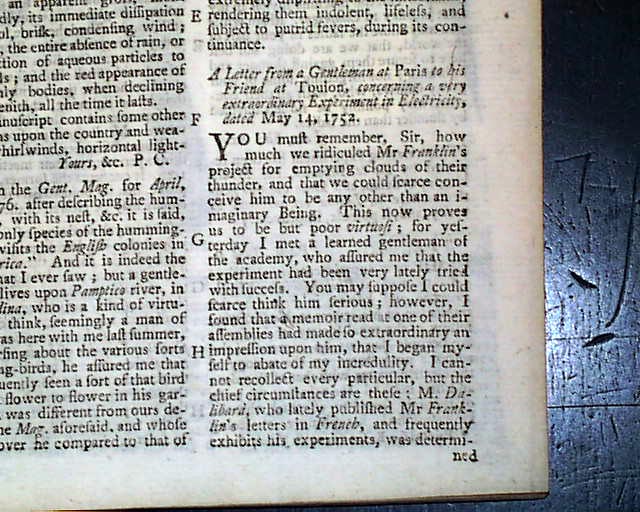 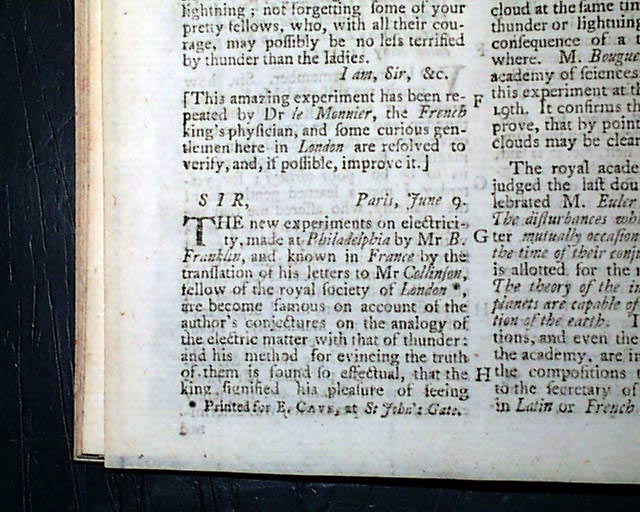 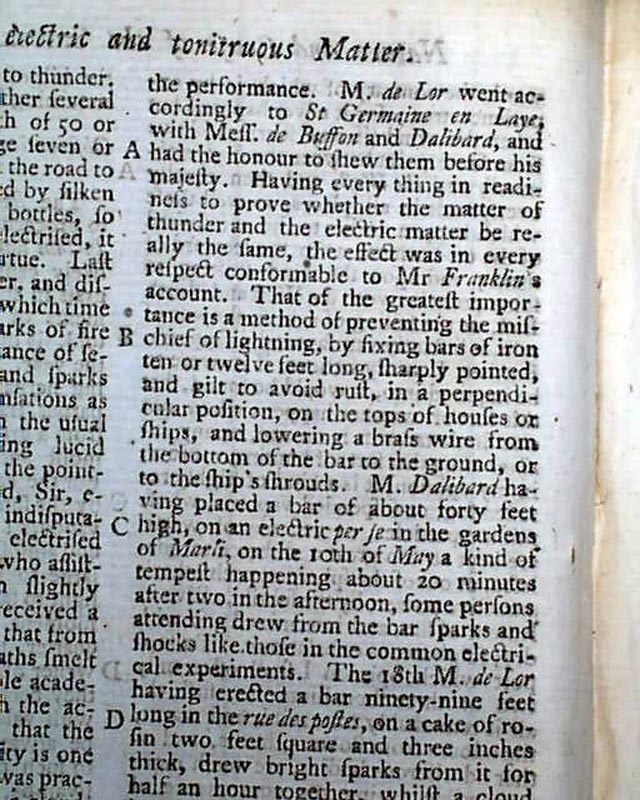 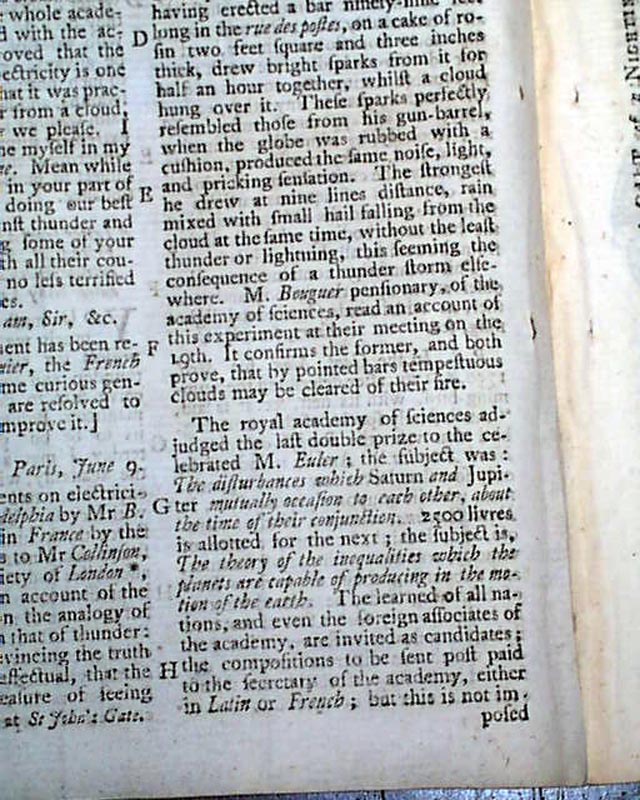 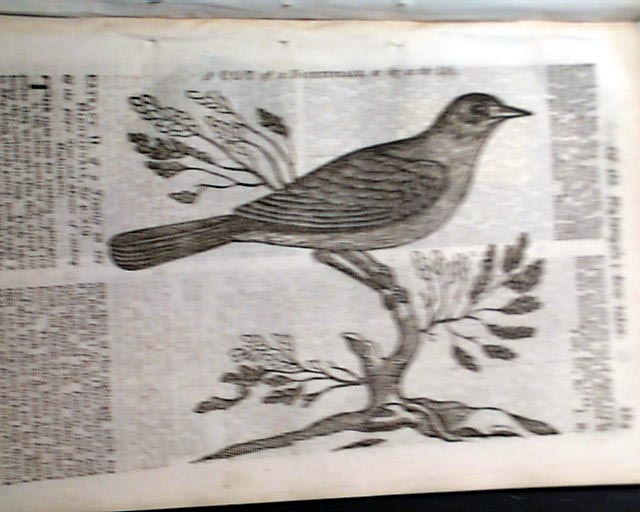 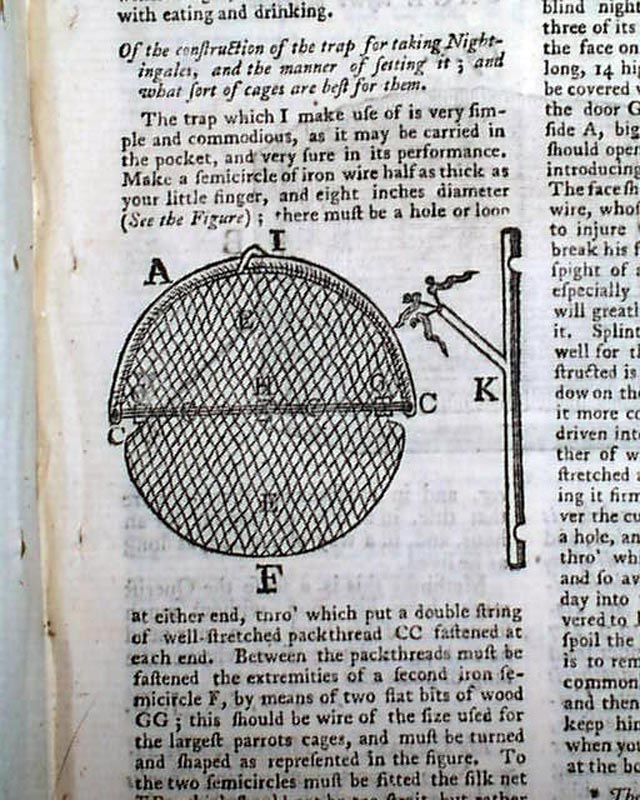 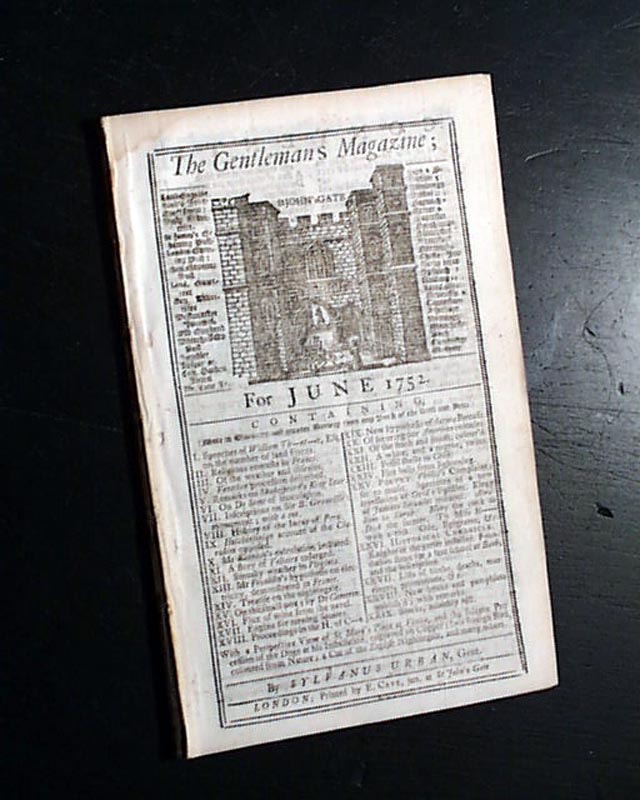