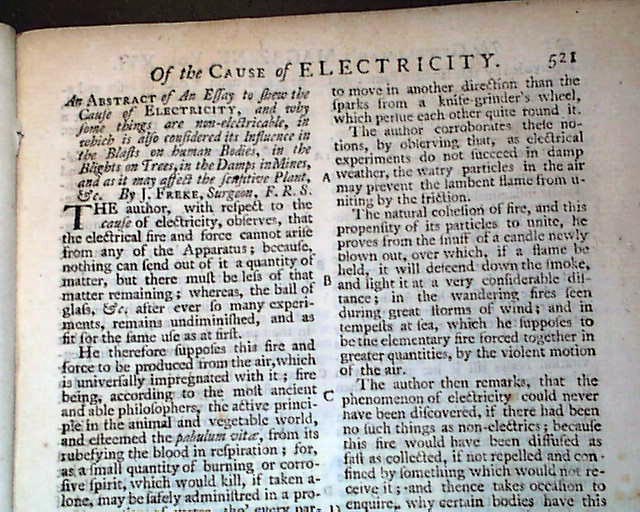 THE GENTLEMAN'S MAGAZINE, London, October, 1746  The most historic content is the 1 1/2 page article: "Account of the Young Pretender's Escape after the Battle of Culloden".
Near the back is the "Historical Chronicle" which has various news reports from throughout Europe which includes content relating to the Jacobite Rebellion, including more on: "Further Particulars Relating to the Escape of the Young Pretender".
Among other articles are: "Of the Cause of Electricity" "Character of Lord Balmerino" "Account of the Action near Liege" "Lists of Killed and Wounded" "Of Marrying a Brother's Widow" "Argument for Mercy to the Rebels" "Account of the Rebels try'd" and many poems including one on the victory at Culloden.
The plate called for is lacking.
Complete in 52 pages but lacking the full title/contents page, 5 1/4 by 8 1/4 inches, nice condition.