Home > Back to Search Results > Early airplane flight from Florida to Cuba......
Click image to enlarge 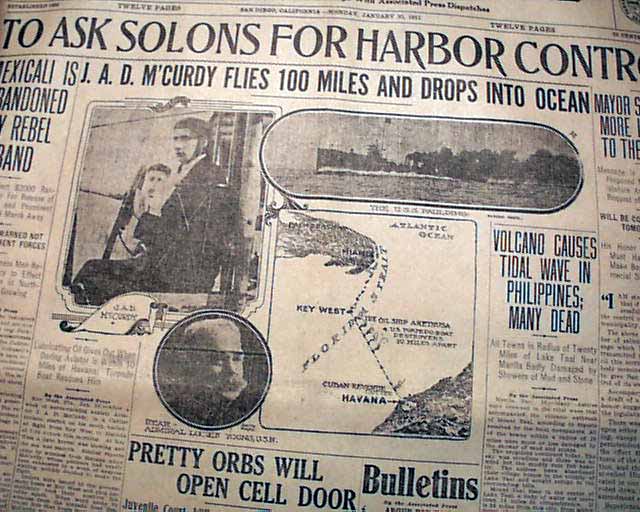 The front page has a five column pictorial with headline: "J. A. D. M'CURDY FLIES 100 MILES AND DROPS INTO OCEAN" with subhead. (see) Surprisingly this issue is in good condition being from the "wood pulp" era. Very hard to find issues that are not totally fragile from this era in paper.
Complete with 12 pages, small library stamps within the masthead, irregular along the spine, generally very nice.

wikipedia notes: John Alexander Douglas McCurdy was a Canadian aviation pioneer and the 20th Lieutenant Governor of Nova Scotia from 1947 to 1952. He was the first Canadian to be issued a pilot's license and the following year, he made the first flight from Florida to Cuba.