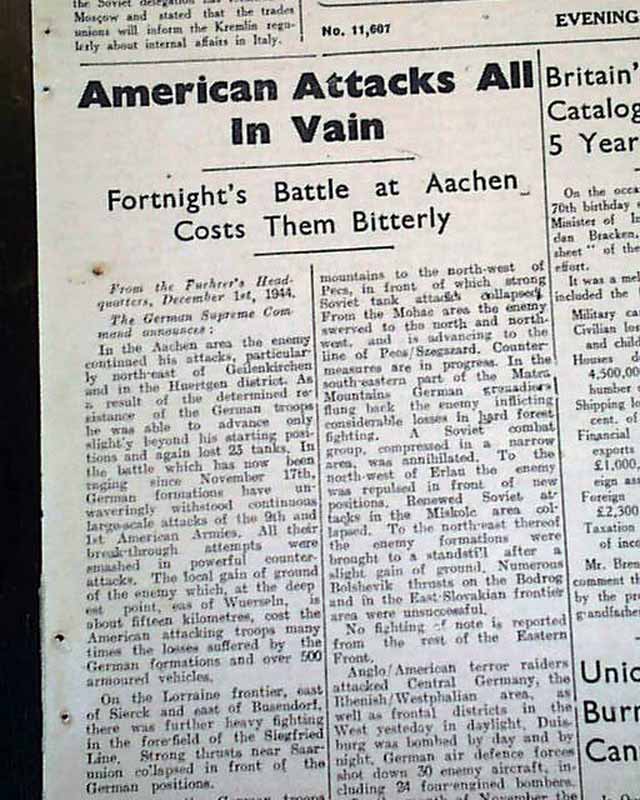 
EVENING PRESS, Island of Guernsey (in the English Channel), December 2, 1944  A very curious issue, as Guernsey, an English-speaking island, was occupied by the Germans during WWII so all the news was pro-Nazi.
Among the front page reports are: "American Attacks All In Vain" "Fortnight's Battle at Aachen Costs Them Bitterly" "Britain's Grim Catalogue of 5 Years' Losses" "Union Jacks Burned by Canadians" "Sea and Air Forces Act in Unity" with more.
Four pages, 12 by 12 1/2 inches, very nice condition.