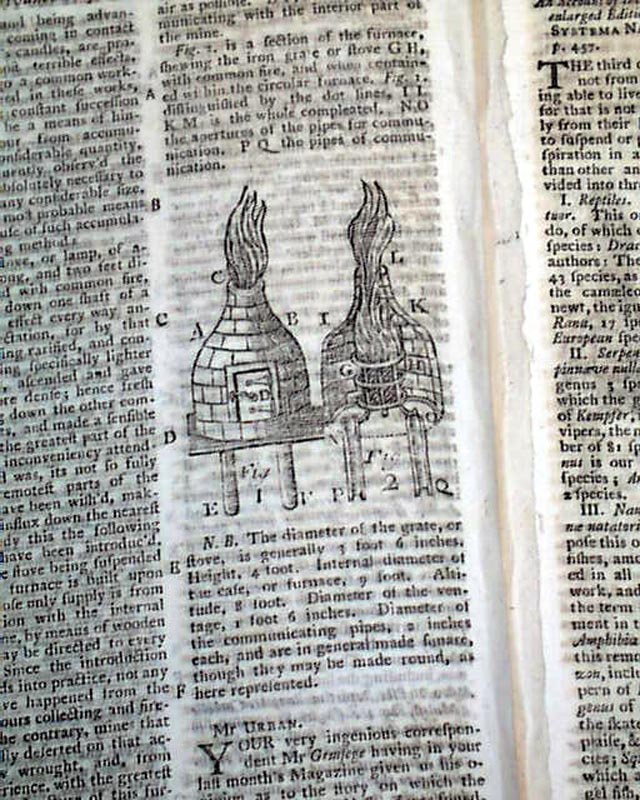 Item # 676688 THE GENTLEMAN'S MAGAZINE, London, November, 1759 There is a lengthy article titled: "Instructions by Major General Wolfe in Case of an Invasion" which has much detail. The "Historical Chronicle" also has several reports concerning the French & Indian War.
Other articles in the issue noted in the table of contents include:
"An Accurate Description of the Island of St. Helena" "Curious History of the Late Comet" "Cruelty in Burning a Body of Negroes" & more.
Lacking the map which is called for.
Contains 46 of 48 pages as the back leaf is missing (contained only a list of births & deaths), full title/contents page with an engraving of St. John's Gate, 5 by 8 1/4 inches, otherwise in nice condition.

A very nice issue from during the French & Indian War with war-related content. This was the first periodical to use the word "magazine" in its title, having begun in 1731 and lasting until 1907.