Home > Back to Search Results > The Jackie Robinson of the NFL signs....
Click image to enlarge 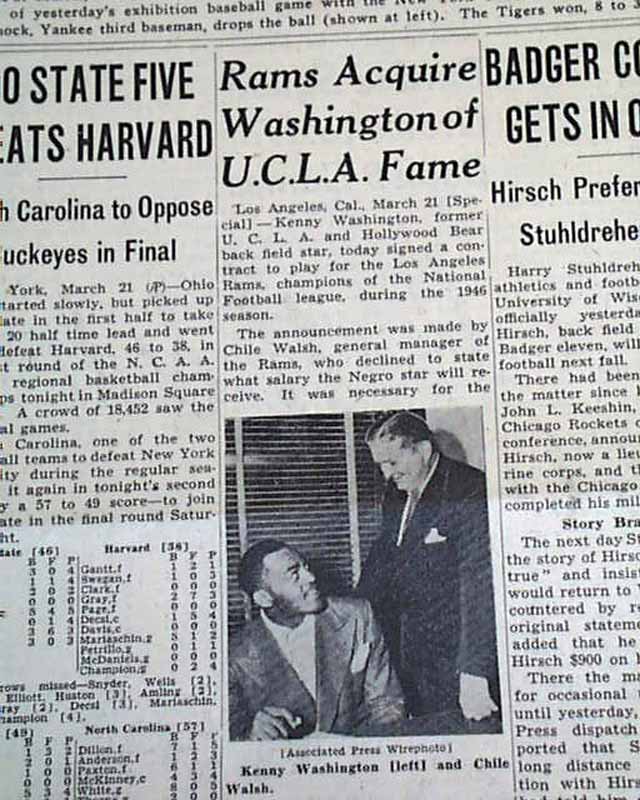 The front page of the sport's section has a one column heading: "Rams Acquire Washington of U.C.L.A. Fame" with small photo. (see)
Other news, sports and advertisements of the day. Complete with all 36 pages, light toning at the margins, small library stamps within masthead, small binding holes along the spine, generally nice.