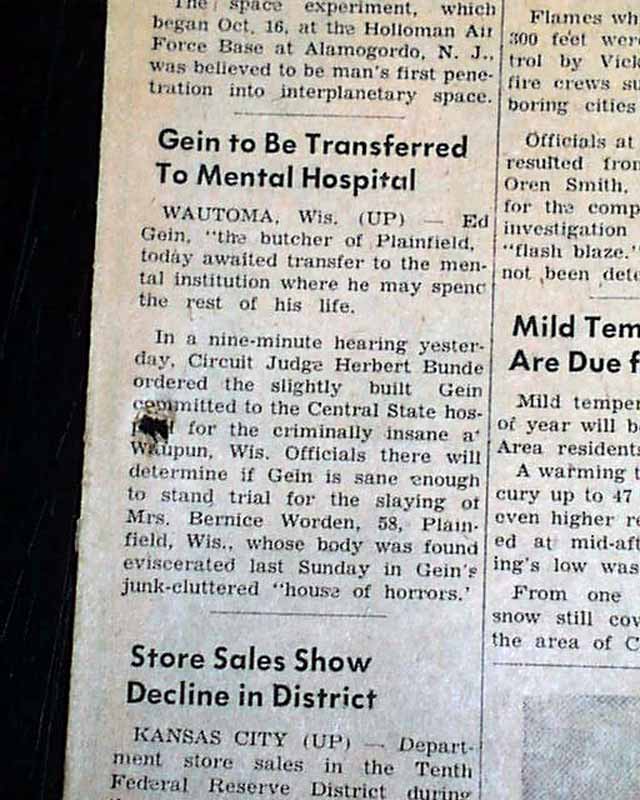 The front page has a small one column heading: "Gein to Be Transferred To Mental Hospital" and brief text. (see) His killings, collecting of corpses and what he did with those bodies where portrayed in many movies including "Psycho" and "Silence of the Lambs" .
Complete with 6 pages, some wear to upper left corner, some small binding holes along the spine/1st column which slightly affects Gein report, generally good.