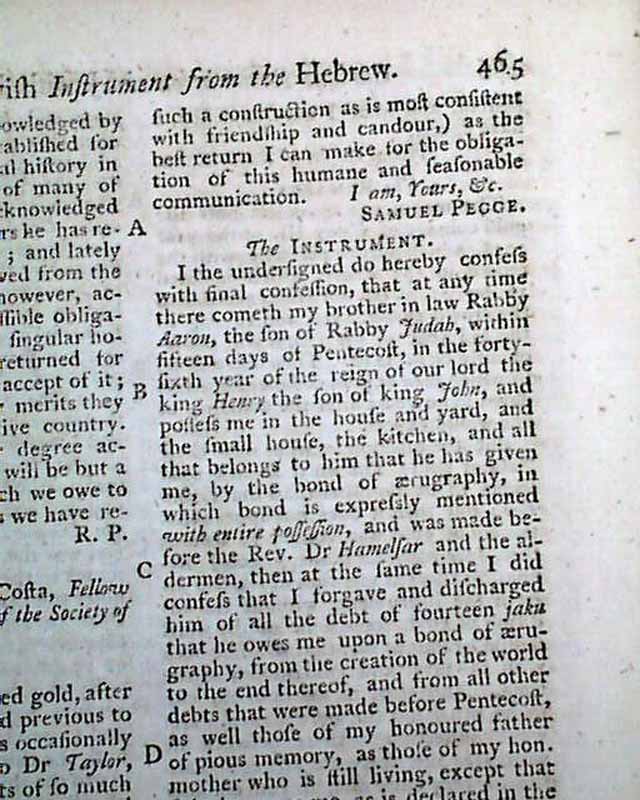 THE GENTLEMAN'S MAGAZINE, London, October, 1756  Under the heading: "American News" is a report which includes: "...concerning Oswego still continue to be contradictory...the last letters from Albany say that the French had burnt the fort & put almost the whole garrison to the sword..." and mention that Col. Webb was sent to reinforce the place & found the fort blown up & found "...about 500 dead bodies scattered in & about the place...".
Not a lengthy report yet historically important.
Also of interest is an article: "Curious Jewish Instrument from the Hebrew" which takes nearly half a page & is signed: Aaron, the son of Rabby Haim.
Lacking the map of Europe called for.
Complete in 48 pages with a full title/contents page featuring an engraving of St. John's Gate, 5 1/4 by 8 inches, very nice condition.