Home > Back to Search Results > Battle of the Santa Cruz Islands...
Click image to enlarge 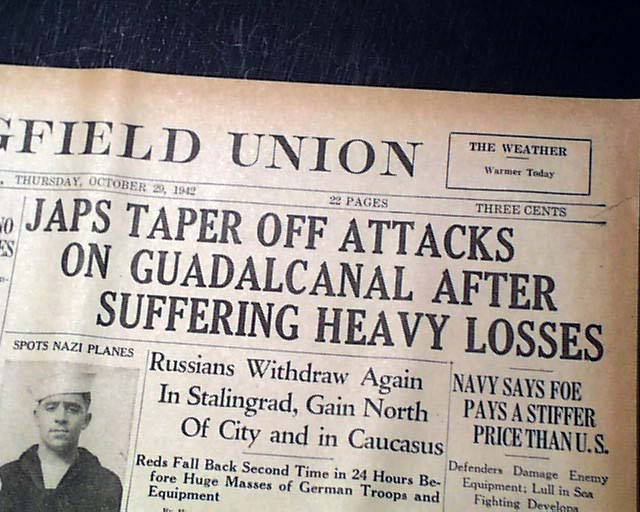 Battle of the Santa Cruz Islands...

The top of the front page has a four column headline: "JAPS TAPER OFF ATTACKS ON GUADALCANAL AFTER SUFFERING HEAVY LOSSES" with subheads. (see)
Other news, sports and advertisements of the day. Complete in 22 pages, light toning and minor wear at the margins, generally nice.