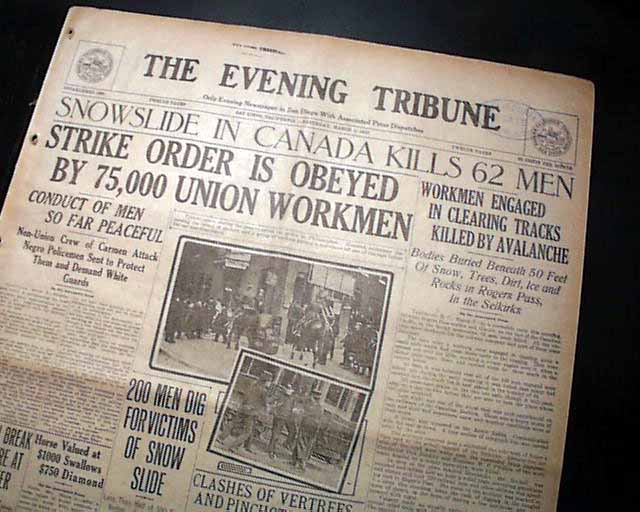 The front page has a nice banner headline: "SNOWSLIDE IN CANADA KILLS 62 MEN" with subheads. (see) Surprisingly this issue is in good condition being from the "wood pulp" era. Very hard to find issues that are not totally fragile from this era in paper.
Complete with 12 pages, small library stamp within the masthead, some small binding holes along the spine, generally nice.

wikipedia notes: The 1910 Rogers Pass Avalanche killed 62 men clearing a railroad line just out side of Rebelstok in Rogers Pass through the Selkirk Mountains in British Columbia on March 4, 1910. It is Canada's worst avalanche disaster.