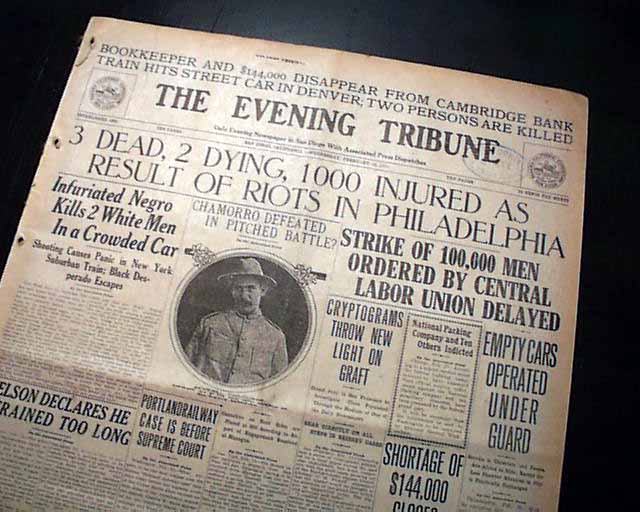 The front page has a nice banner headline: "3 DEAD, 2 DYING, 1000 INJURED AS RESULT OF RIOTS IN PHILADELPHIA" with subheads. (see) Surprisingly this issue is in good condition being from the "wood pulp" era. Very hard to find issues that are not totally fragile from this era in paper.
Complete with 10 pages, small library stamp within the masthead, some small binding holes along the spine, generally nice.

wikipedia notes: The General Strike of 1910 was a labor strike by trolley workers of the Philadelphia Rapid Transit Company that grew to a citywide riot and general strike in Philadelphia, Pennsylvania.