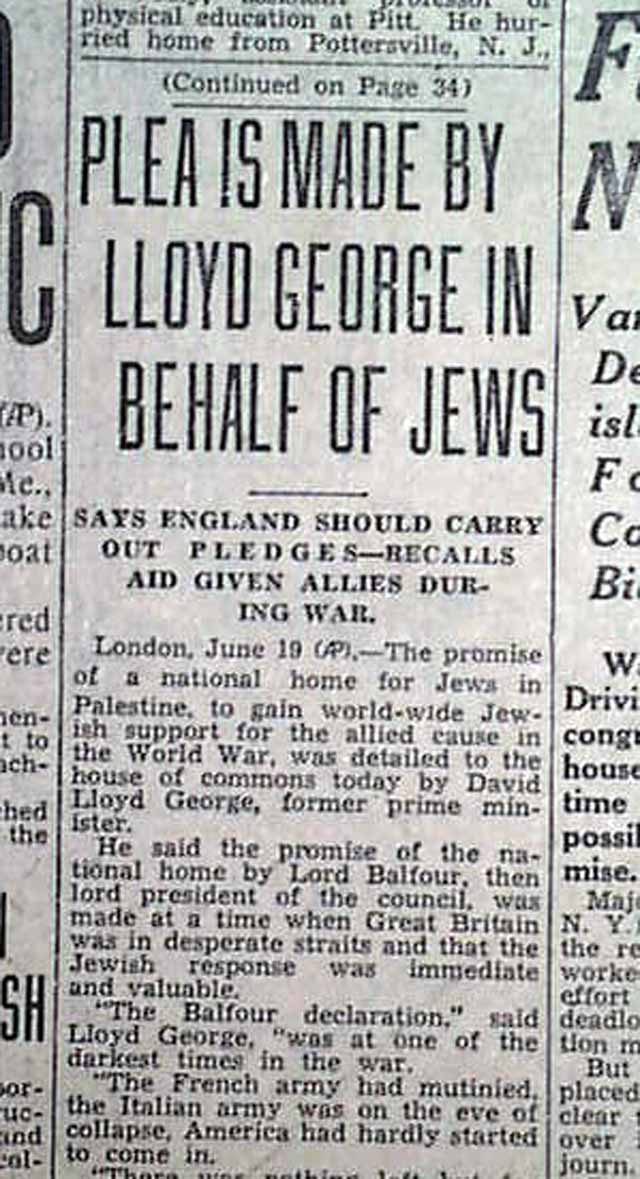 The front page has: "PLEA IS MADE BY LLOYD GEORGE IN BEHALF OF JEWS", with subhead: "SAYS ENGLAND SHOULD CARRY-OUT PLEDGES - RECALLS AID GIVEN TO ALLIES DURING WAR", with considerable supporting text. See images for details.
The front page also has a photo with the caption: "BLACK LEGION WITNESS BEATEN".
Other news, sports and advertisements of the day are found throughout.
Complete in 38 pages, light toning at the margins, a little spine wear, otherwise nice.