Home > Back to Search Results > Philadelphia described... Discussion on the Jew Bill...
Click image to enlarge 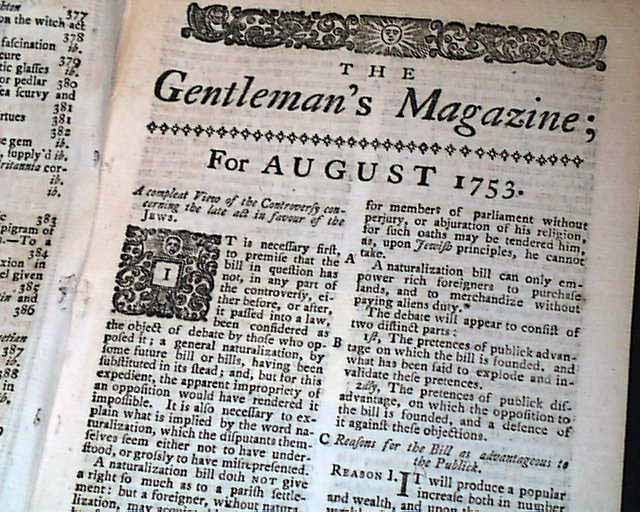 Pages 1 through 4 are taken up with a fascinating article titled: "A Compleat View of the Controversy concerning the late Act in favour of the Jews". The subheads include: "Reasons for the Jews Bill and Answers" and "Objections to the Jews Bill and Answers". There are 13 "Objections", each with an answer. Portions of the article are shown in the photos.
There is a full page with text and an engraving showing: "A View and Account of the Islands of Nisida, Gaiola, etc." with descriptive text which is presented vertically (unusual format). These islands are in the Bay of Naples. There is also a detailed article taking most of a page headed: "A Description of Philadelphia" but the map to which it relates is lacking. Plus an article: "A Comparative View of Philadelphia, Boston, and New York...".
There is another interesting Judaica report which begins: "The making way for Jews to preside in our great companies, which one of your correspondents has shewn to be a kind of concealed design of the Jew bill, has alarmed me..." with further talk on the controversial Jew Bill discussion in Parliament. This articles takes two-thirds of a column.
The plates called for are lacking.
Complete in 48 pages, full title/contents page featuring an engraving, 5 by 8 1/4 inches, great condition. 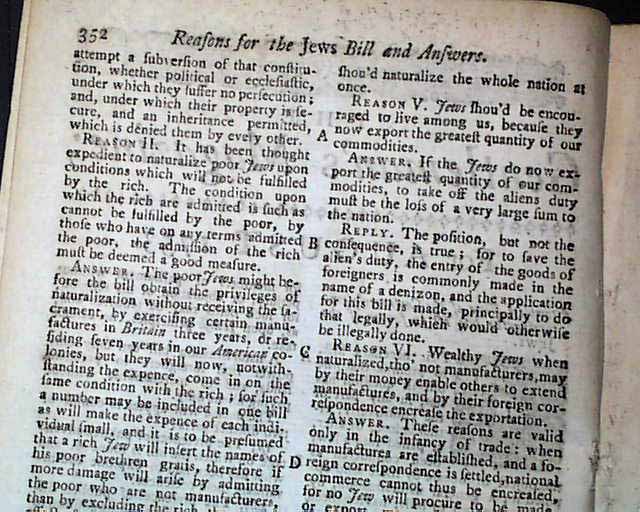 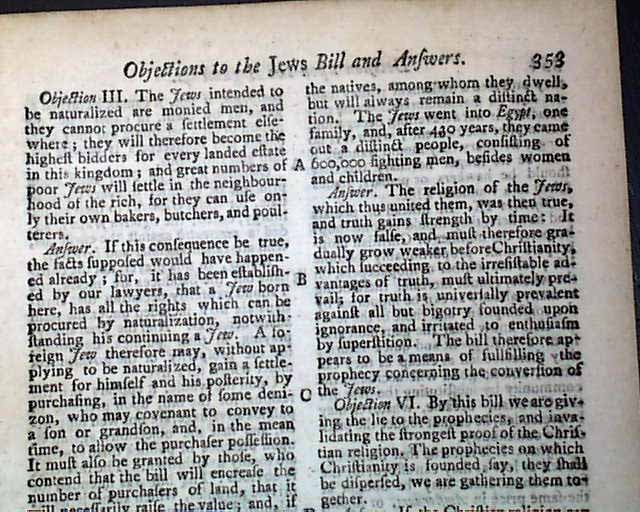 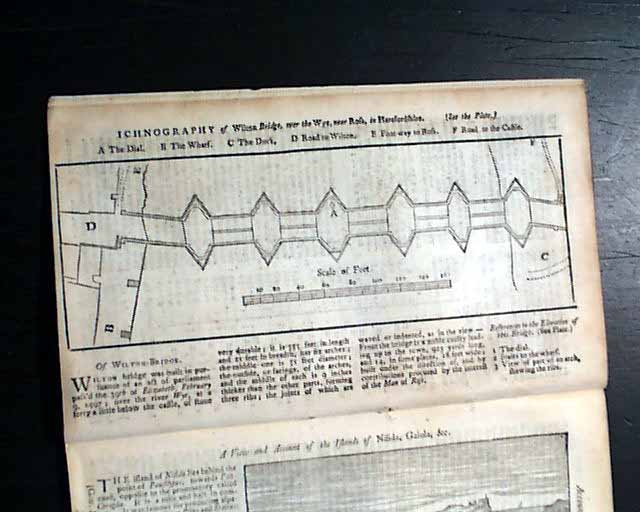 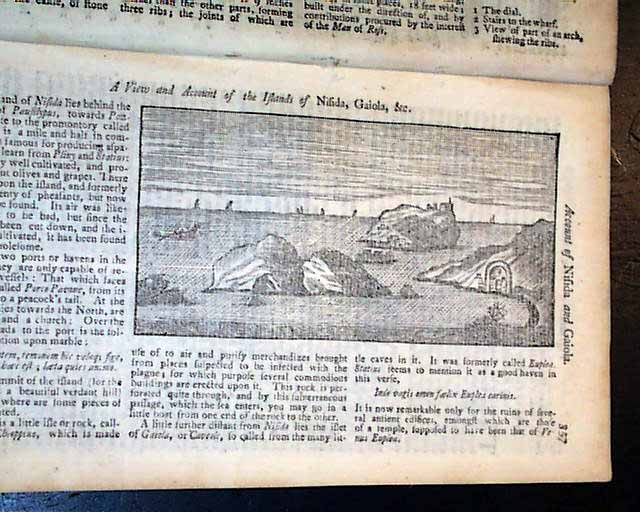 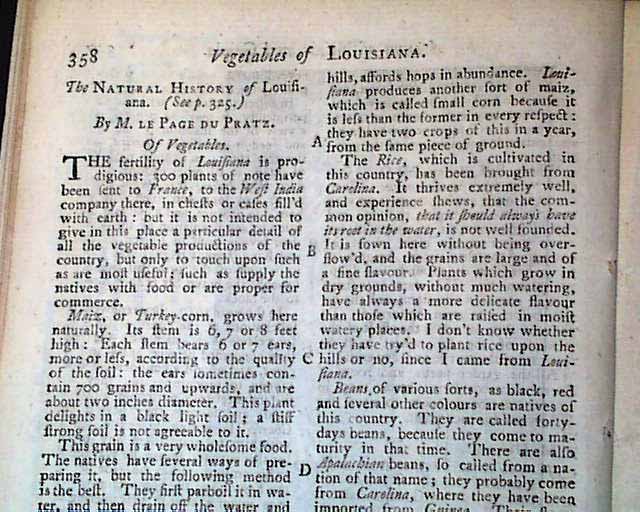 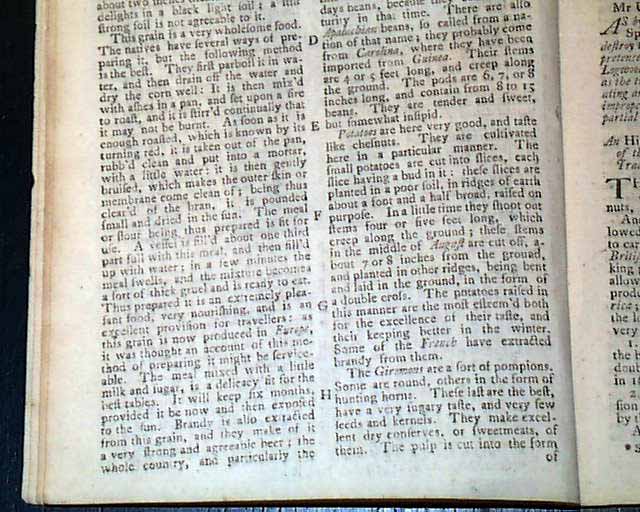 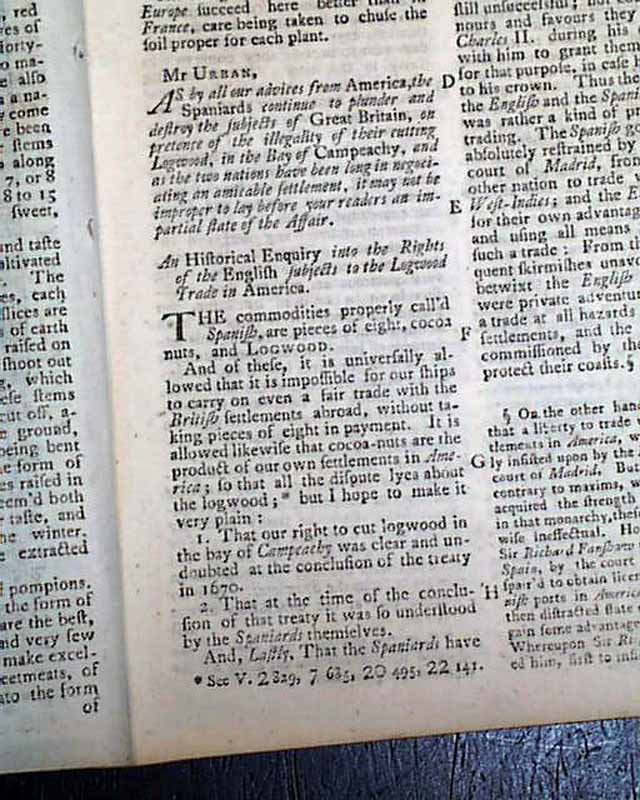 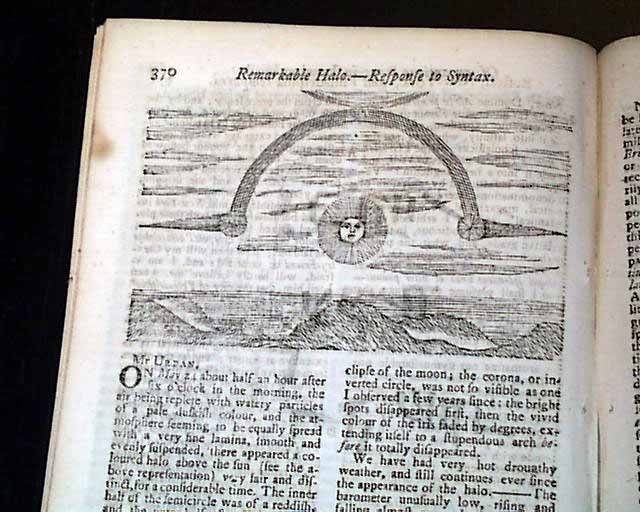 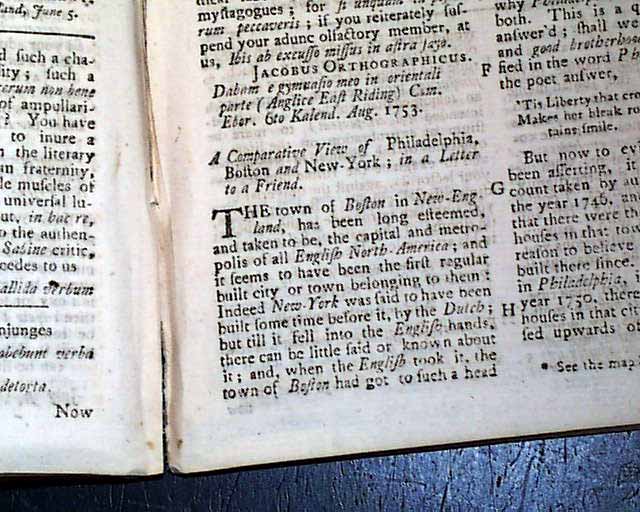 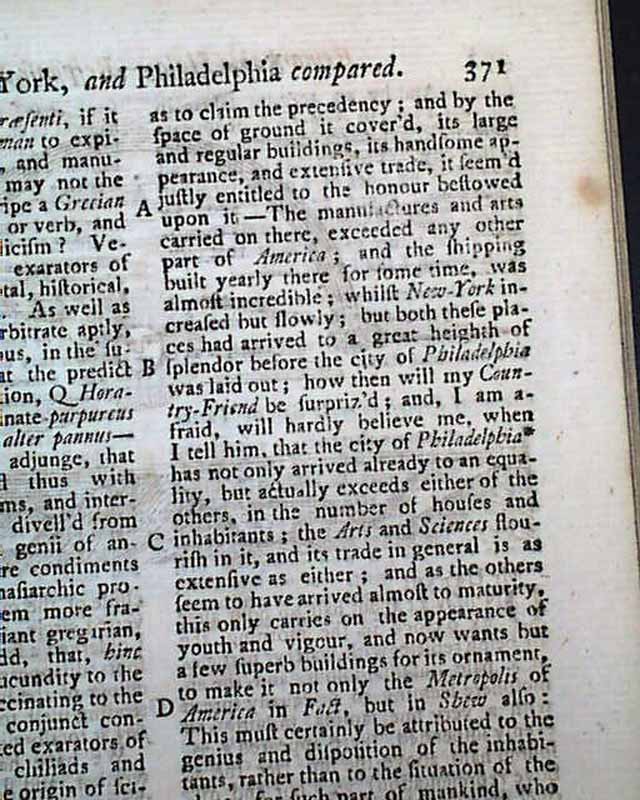 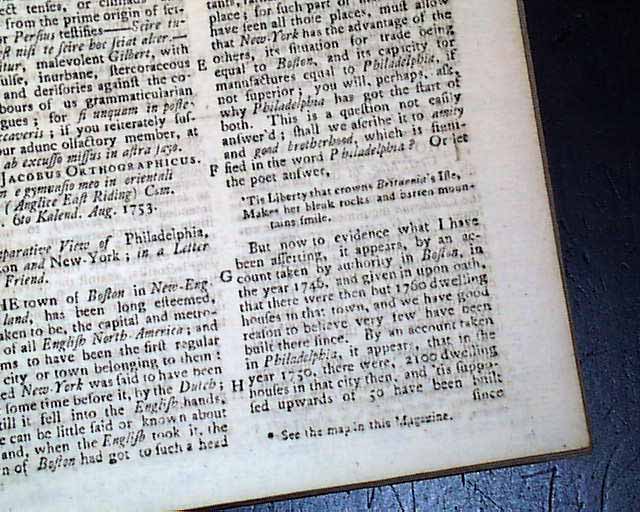 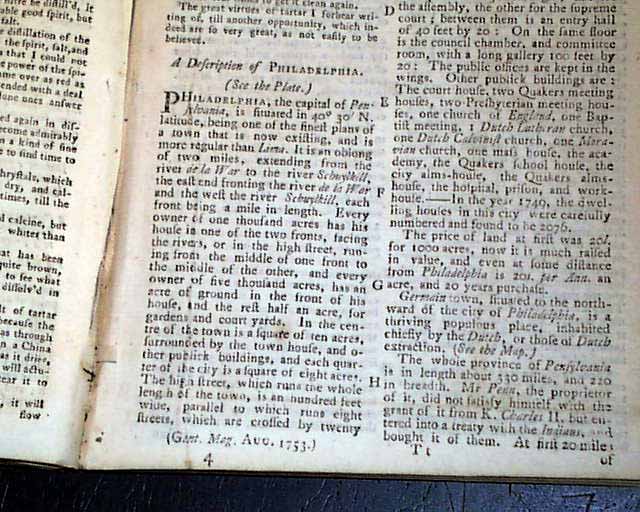 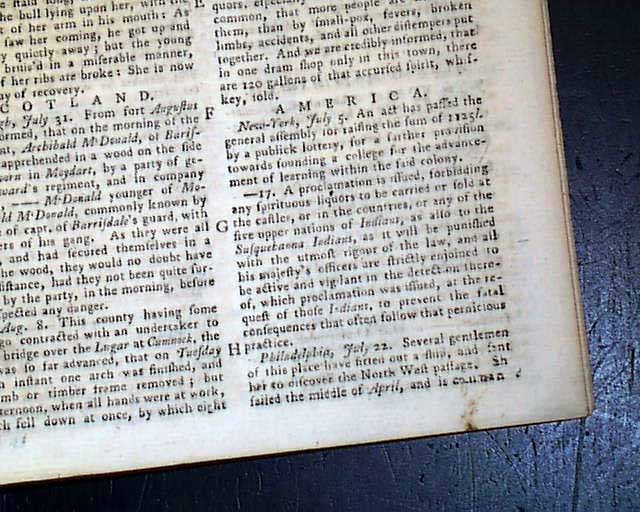 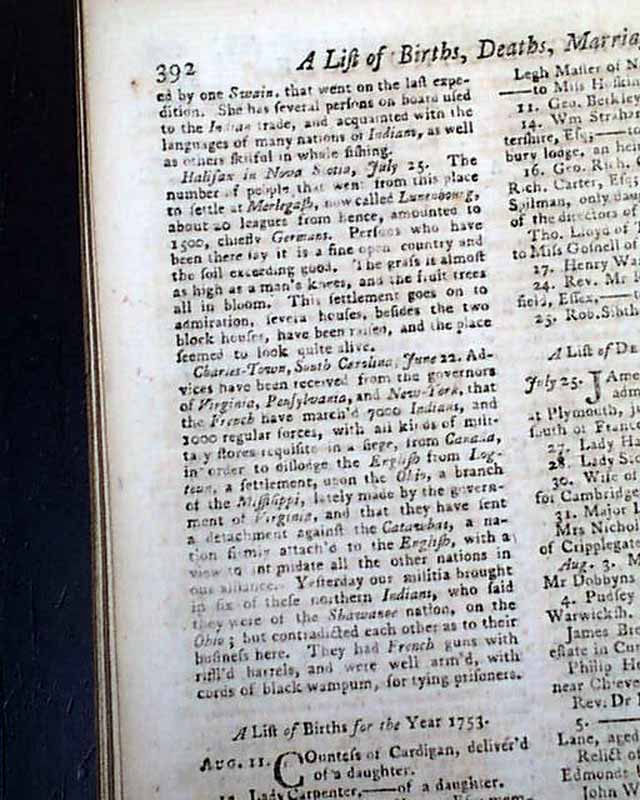 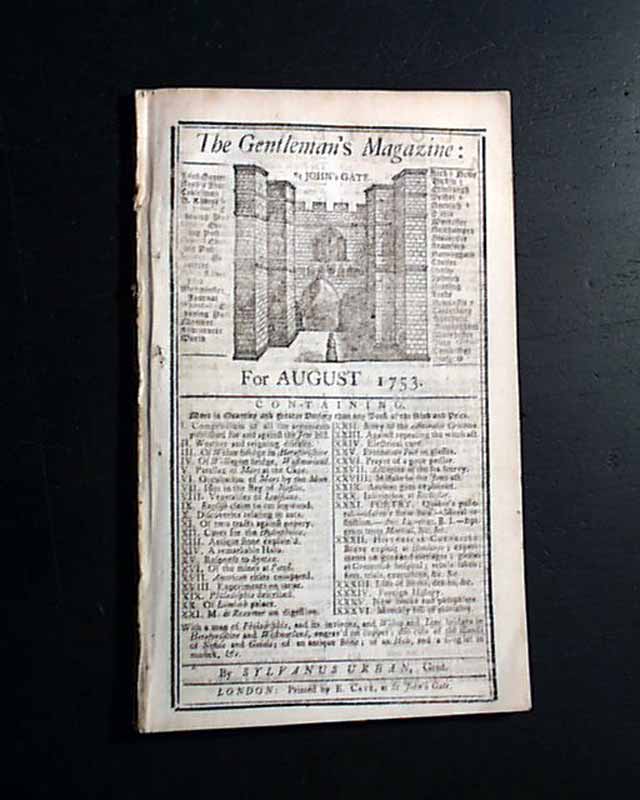