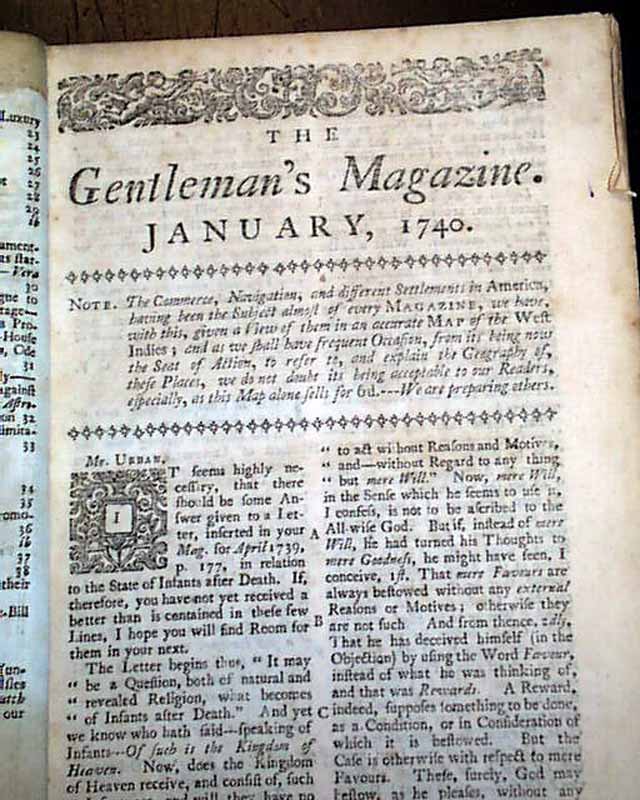 Item # 676466
THE GENTLEMAN'S MAGAZINE, London, January, 1740  An article of note is: "Discourse on Hebrew Customs Concluded" - which is a continuation from the previous issue.
Under the "Historical Chronicle" near the back is a report which includes: "...Being a general fast was observed with great decency & solemnity throughout the city, & by the Jews also in their several Synagogues...".
Among the other articles are:  "Account of the Rise of Free Masons" "Roguery as Beneficial to Politicks as Luxury to Trade" & more.
The map called for is lacking.
Complete in 40 pages, 5 by 8 1/2 inches, full title/contents page featuring an engraving of St. John's Gate, some wear at the margins, good condition.