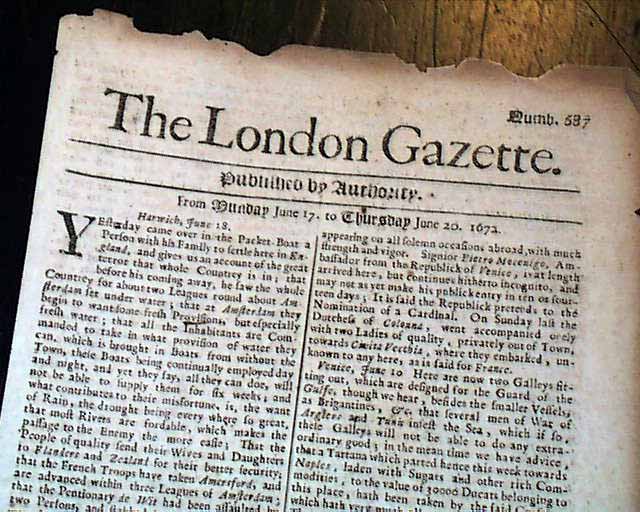 This is the world's oldest continually published English language newspaper, having begun in 1665 and is still printing in London to this day. And this is a very early, genuine issue. As was the case with most newspapers of the 17th century, this is complete as a single sheet, measuring 6 1/2 by 10 3/4 inches and printed on very high quality paper with much cotton & linen fiber content.
The issue is filled with various news of the day from various cities in Europe, each report with its own dateline, and even includes several "Advertisements" on the back page. Given its small size this would be a nice newspaper for framing & display with the 349 year old date prominent at the top. Light toning and some flaking at the blank margins, generally nice. 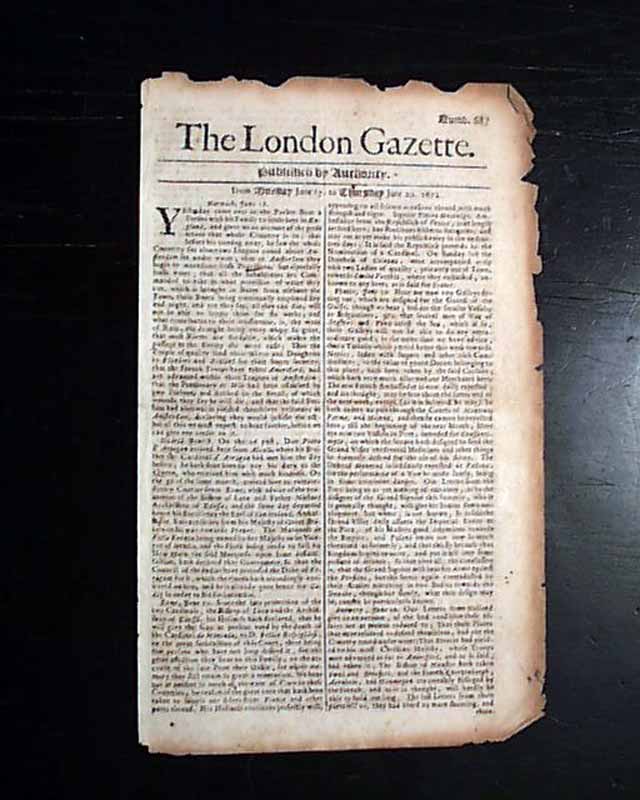 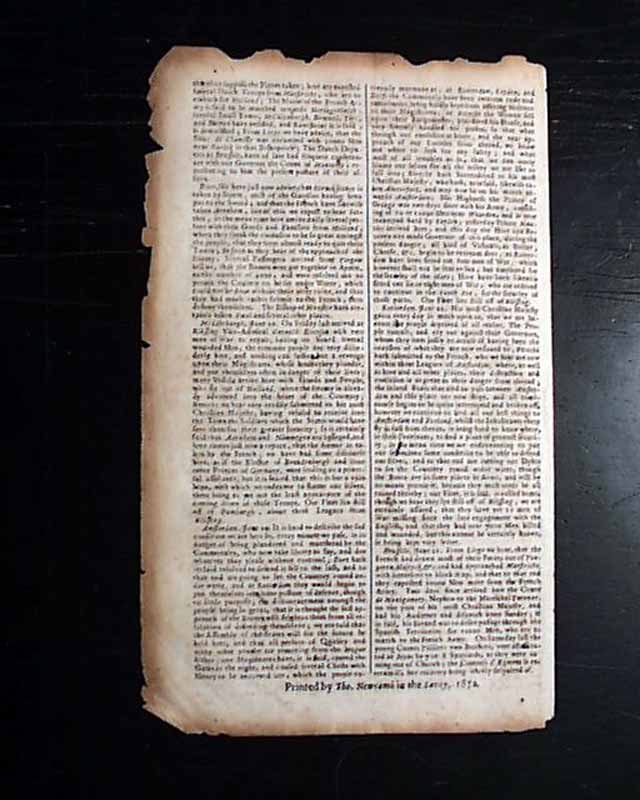 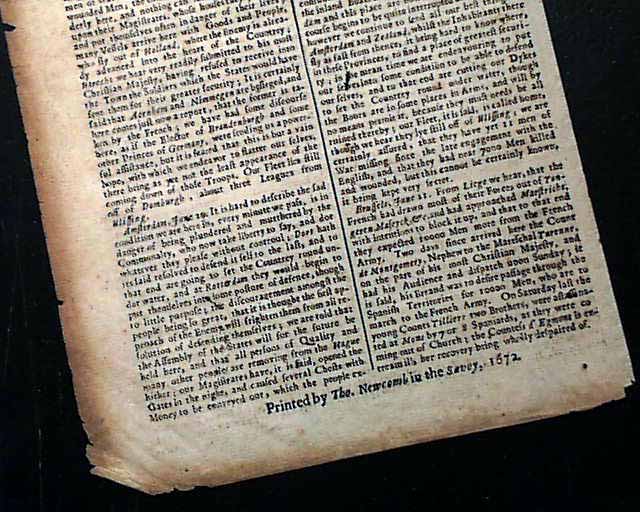