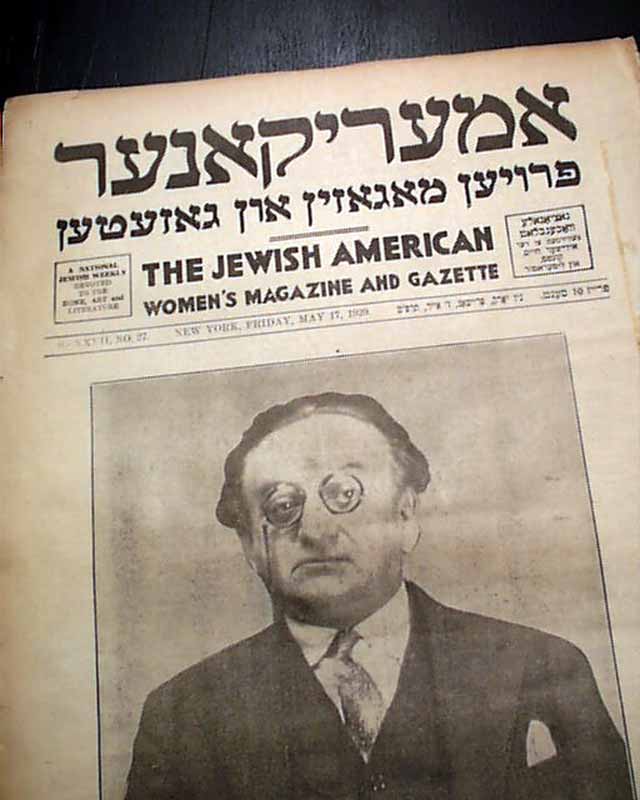 Noted in the masthead is: "A National Jewish Weekly Devoted to the Home, Art and Literature."
This is a quite scarce newspaper printed entirely in the Hebrew language, and typical of Hebrew publications it is bound on the right with the pages turned from the left. This title is formatted like a tabloid, being about 11 by 17 inches, with various photos & advertisements throughout, but the only English words I find in the entire 24 page issue are in the masthead and some advertisements.
Curious, that one of the photos inside is what is almost assuredly Albert Einstein but the caption is in Hebrew.
Very nice condition, perhaps some very minor edge tears.