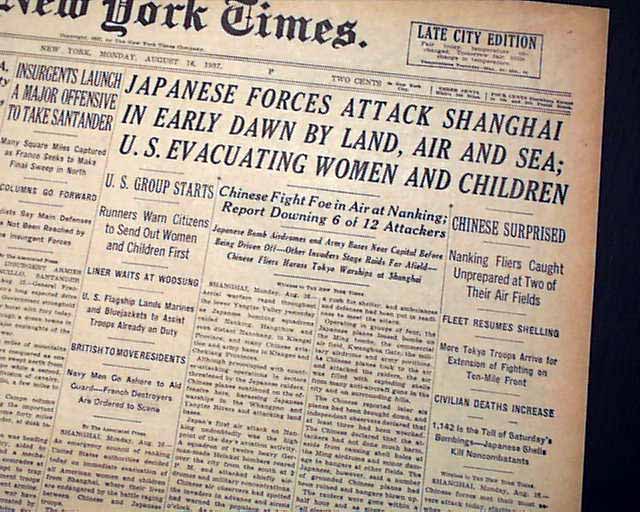 The top of the front page has a four column headline: "JAPANESE FORCES ATTACK SHANGHAI IN EARLY DAWN BY LAND, AIR AND SEA; U. S. EVACUATING WOMEN AND CHILDREN" with many subheads. (see) Always nice to have notable events in history reported in this World famous publication.
Other news, sports and advertisements of the day. Complete in 34 pages, light toning at the margins, a little irregular along the spine, generally nice.