Home > Back to Search Results > Report of war events near Mobile...
Click image to enlarge 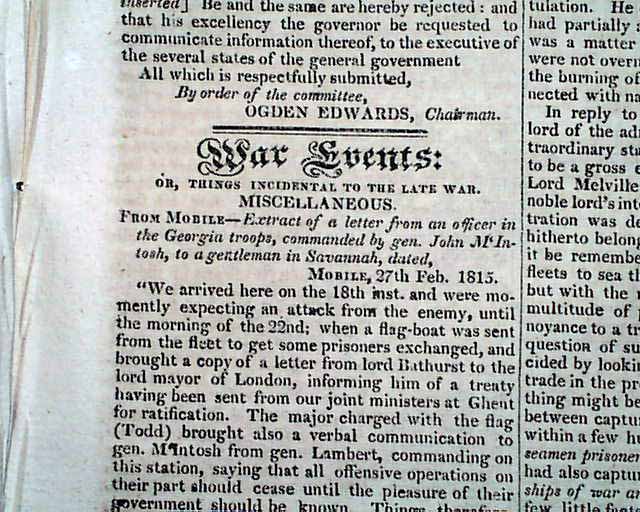 
NILES' WEEKLY REGISTER, Baltimore, April 8, 1815  The front page report picks up where the last issue ended, a continuation of a lengthy report headed "American Expose". Near the back are: "War Events" which includes a letter from an officer in Mobile dated Feb. 27, 1815, beginning: "We arrived here on the 18th inst. and were momently expecting an attack from the enemy...". What follows are four more pages of reports relating to the War of 1812.
Sixteen pages, 6 by 9 1/2 inches, very nice condition.

The United States vs. the Macedonian....