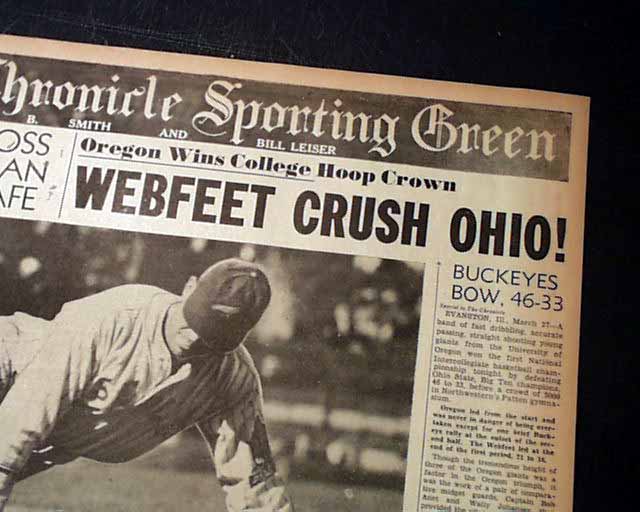 
SPORT'S SECTION ONLY of the San Francisco Chronicle, March 28, 1939

The front page of this section has 1st report coverage on the final game of the very first NCAA basketball championship ever held, with heading: "WEBFEET CRUSH OHIO!" with caption: "Oregon Wins College Hoop Crown" and subhead. (see) With present-day interest in the NCAA tournament culminating in a highly hyped "March Madness" tournament which dominates the sports world for weeks, it is interesting to note the very modest beginning of this famed tournament. A rare opportunity for a newspaper account of the very first NCAA basketball championship.
Complete sport's section only with 6 pages, light toning and a little wear a the margins, some small binding holes along the spine, generally nice.