Home > Back to Search Results > Attacked & killed near Tombstone...
Click image to enlarge 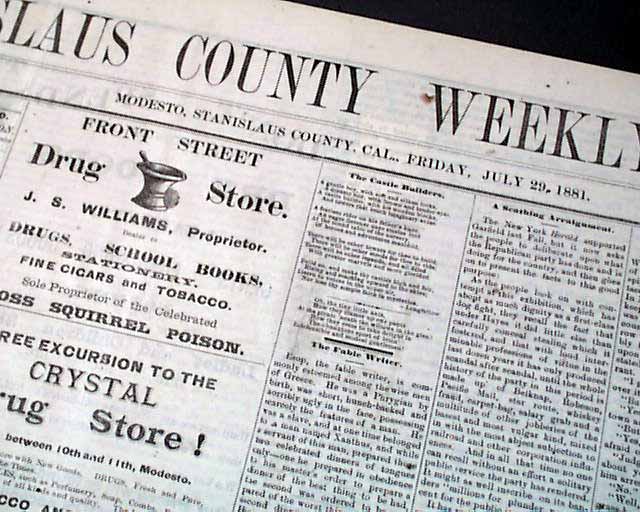 
STANISLAUS COUNTY WEEKLY NEWS, Modesto, California, July 29, 1881  An early newspaper from this city in North-central California which when it began in 1868 was the first newspaper in Modesto. In 1881 the population of the town was less than 1000.
Various news events of the day, local, regional and national, with a wealth of advertising.
Page 3 has a report: "Death of Stocktonians in Arizona" which mentions in part: "...The boys had gone to Tombstone...Charles went out with a cattle dealer after a drove...two brothers met on the road...a band of Indians attacked Charles & his companion, killing the latter & leaving a bullet in the thigh of the former who thereafter made his way back to Tombstone..." with more.
Four pages, large folio size, very nice condition.