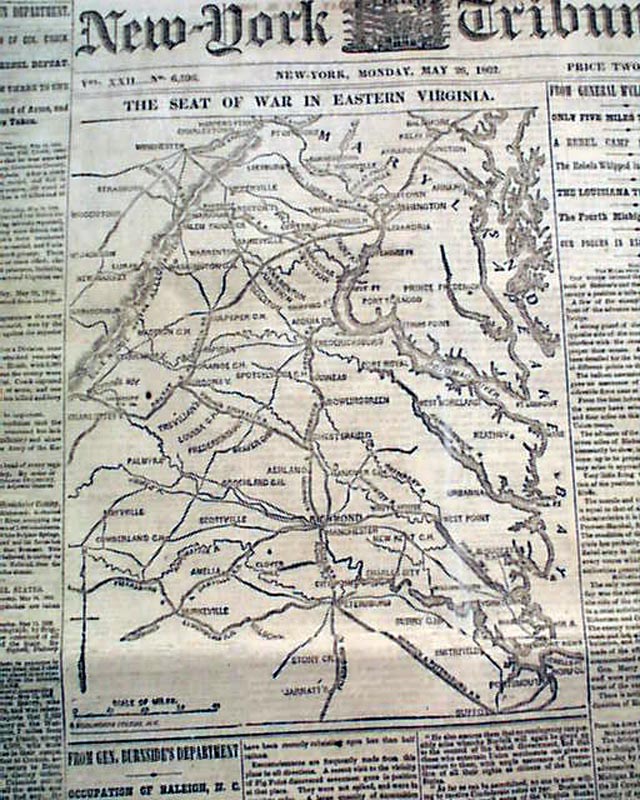 The front page features a large and very detailed map headed: "THE SEAT OF WAR IN EASTERN VIRGINIA."
Among the front page column heads are: "The Gallant Action of Col. Crook" "Details of the Rebel Defeat" "We Whipped them Three to One" "Occupation of Raleigh, N.C." "A Rebel Raid Near New Bern" "A Skirmish Near Clinton" "Occupation of Washington, N.C." "Attack by the Rebels in Force" "A Rebel Camp Shelled Out" "The Louisiana Tigers Trapped" and much more.
Eight pages, never bound nor trimmed, nice condition.