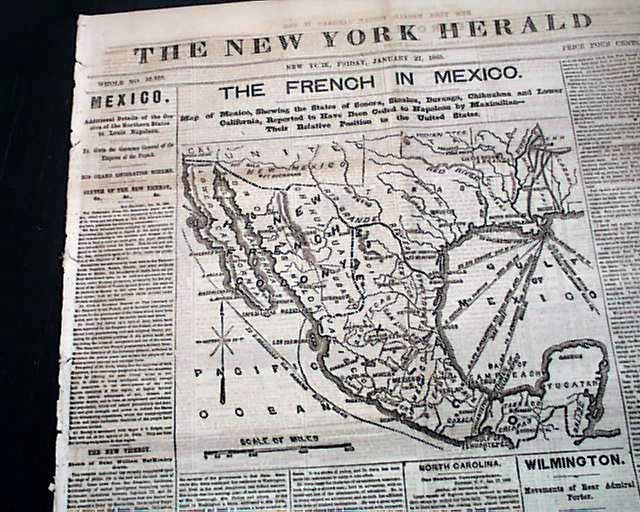 Certainly the prime feature of this issue is the very large front page map headed: "THE FRENCH IN MEXICO" which not only shows Mexico but all of Texas, Louisiana, Mississippi, and much of Alabama, Tennessee, New Mexico, Arizona and Oklahoma.
Several American cities are noted including Brownsville, Austin, Houston, New Orleans, Mobile, Memphis, & more.
But there are also nice one column Civil War heads on the back page: "THE SOUTH" "Kirby Smith & Jubal Early Relieved" "Benjamin & Seddon Resign" "Disaffection At The South" "The Croakers Growing Troublesome" and more.
Eight pages, binding slits at the spine, good condition.