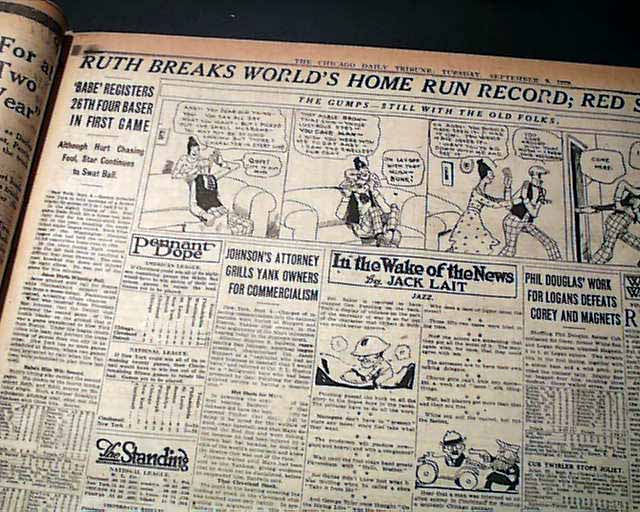 The sports page (pg. 17) has a banner headline announcing: "RUTH BREAKS WORLD'S HOME RUN RECORD; RED SOX WIN TWO" with subeads and box scores. (see) A very significant sports issue as this first record-breaker for Babe Ruth thrust him into national prominence in the sports world, where he would remain. And interesting that he accomplished this as a member of the Boston Red Sox in a game against the Yankees. This would be his last season with Boston as four months later he would be bought by the Yankees.
Complete with 34 pages, light toning and some wear at the margins, generally good. Should be handled with care.