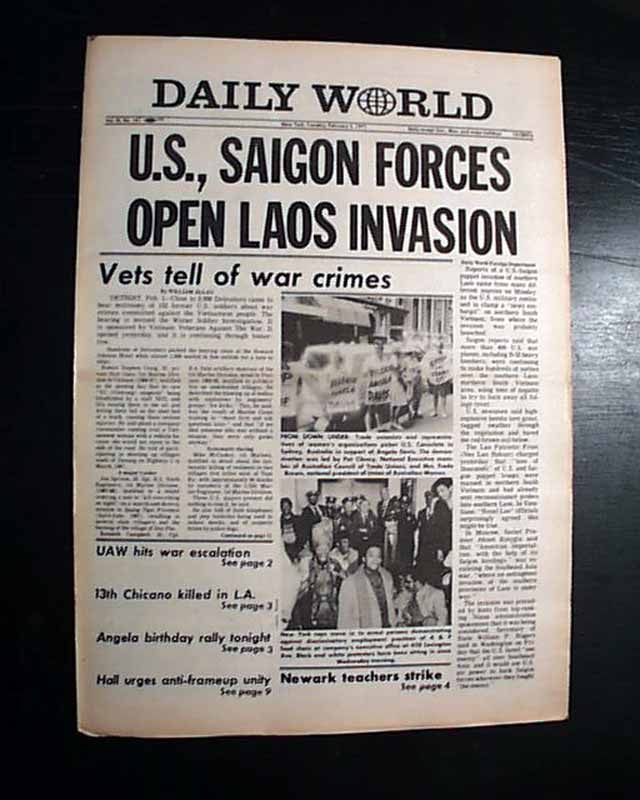 An uncommon title, being a tabloid-size newspaper with an editorial policy which reflects the views of the Communist party. This newspaper was previously known as the "Daily Worker".
The front page has a nice banner headline that reads: "U.S., SAIGON FORCES OPEN LAOS INVASION" (see)
Complete in 12 pages, never bound, measures 11 1/2 by 16 inches, nice condition.