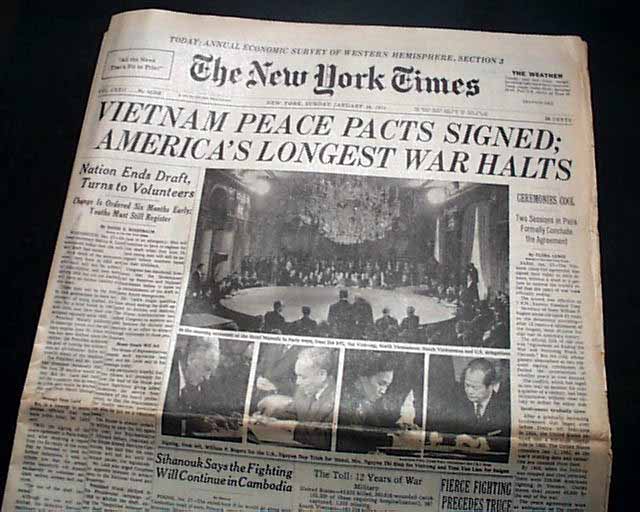 A significant issue on the Vietnam War with the two line banner headline announcing: "VIETNAM PEACE PACTS SIGNED; AMERICA'S LONGEST WAR HALTS" with subheads and a few related photos on the front page. More inside. In reality the war did not come to an end until April, 1975, but this 1973 Paris peace treaty was seen at the beginning of the end of American involvement in Southeast Asia.
Complete 1st section only of a Sunday edition with 60 pages, nice condition.