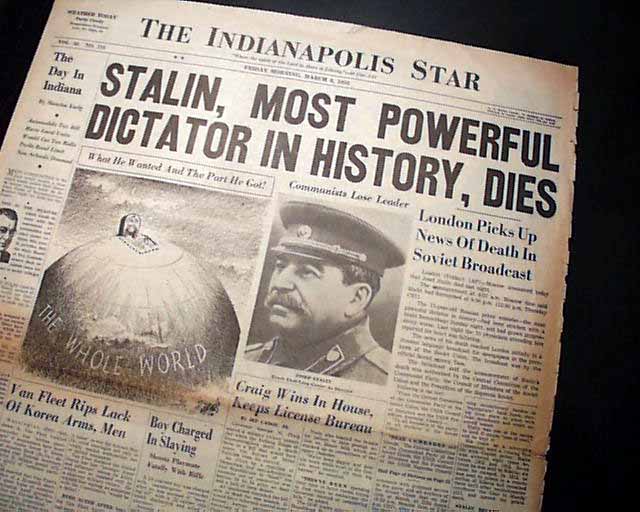 The front page features a nice headline: "STALIN, MOST POWERFUL DICTATOR IN HISTORY, DIES" with subheads and photo. (see) More inside.
First section only with 10 pages, some wear along the right margin with a little text loss, a few small tears elsewhere, nice for display as such.