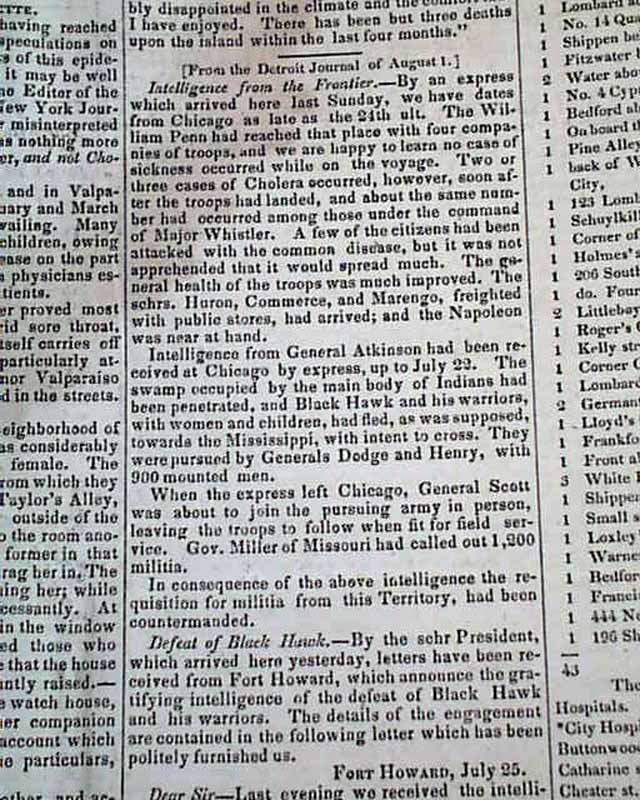 Page 2 has a report on the Black Hawk War, a brief conflict between the United States and Native Americans led by Black Hawk, a Sauk Indian leader. This was the war in which Abraham Lincoln was an Illinois militia soldier, although he saw no combat.
About half a column has several reports, bits including: "...from Genereal Atkinson...The swamp occupied by the main body of Indians had been penetrated, and Black Hawk and his warriors, with women & children, had fled..." and a bit more. Then: "Defeat of Black Hawk" has: "...announce the gratifying intelligence of the defeat of Black Hawk and his warriors...". Another report is datelined from Fort Howard, with more detail.
Four pages, slightly irregular at the spine margin, a bit of light damp staining near the top, various archival mends inside. 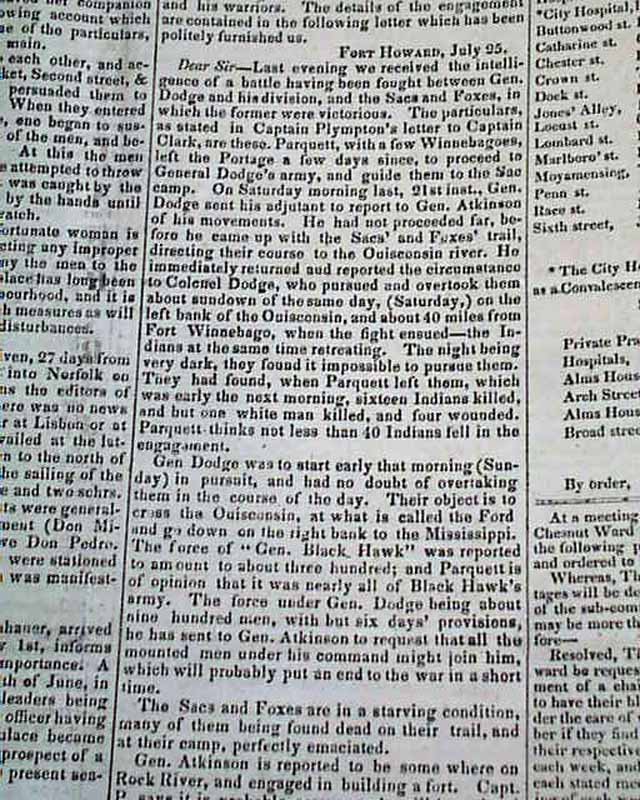 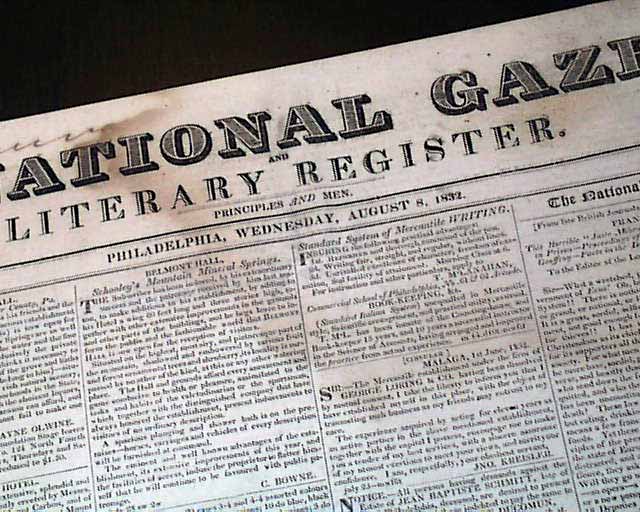 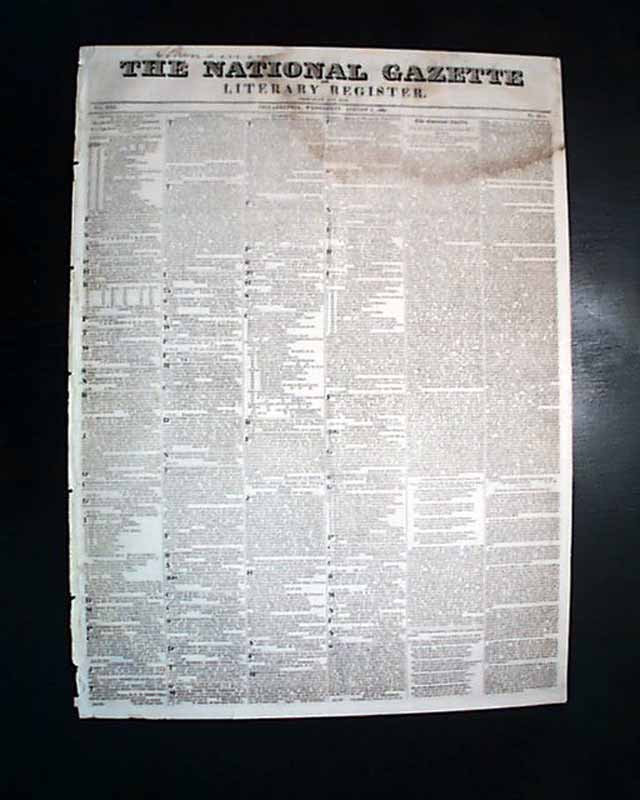