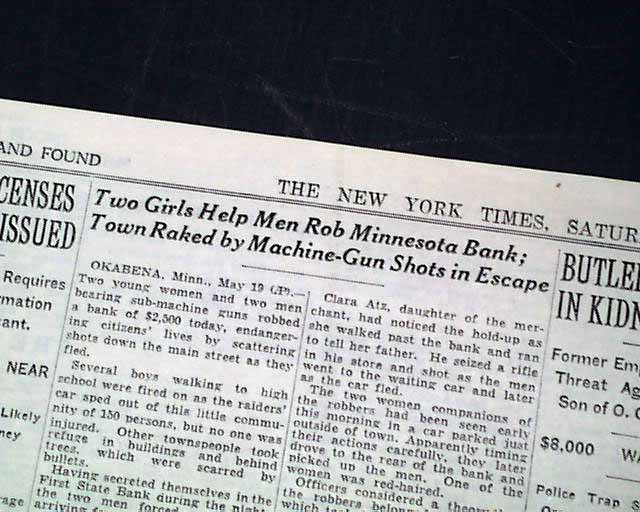 The top of the back page has a fascinating article which would seem rather mundane for the time, until a little investigation is done. The article is headed: "Two Girls Help Men rob Minnesota Bank; Town Raked by Machine-Gun Shots in Escape" and begins: "Two young women and two men bearing sub-machine guns robbed a bank of $2,500 today...scattering shots down the main street as they fled..." with much more detail. This robbery was reportedly committed by the infamous Bonnie & Clyde, (see Wikipedia) which if true would be the earliest report of their robberies we have found in a newspaper. But another source doubts it was committed by this infamous duo but by the Strain Gang instead, although even this site (see Wikipedia) raises the question: "...did the Strain gang take the fall for a Barrow gang job?" Two sources with different opinions.
Also of interest is a photo at the top of page 2 of the Nazi book burning, headed: "When German Nazi Students Burned 'Un-German' Books" and captioned: "The Midnight Scene on Unter den Linden in Front of the State Opera on May 10."
Complete in 30 pages, this is the "rag edition" printed on very high quality newsprint for institutional use. Nice condition. 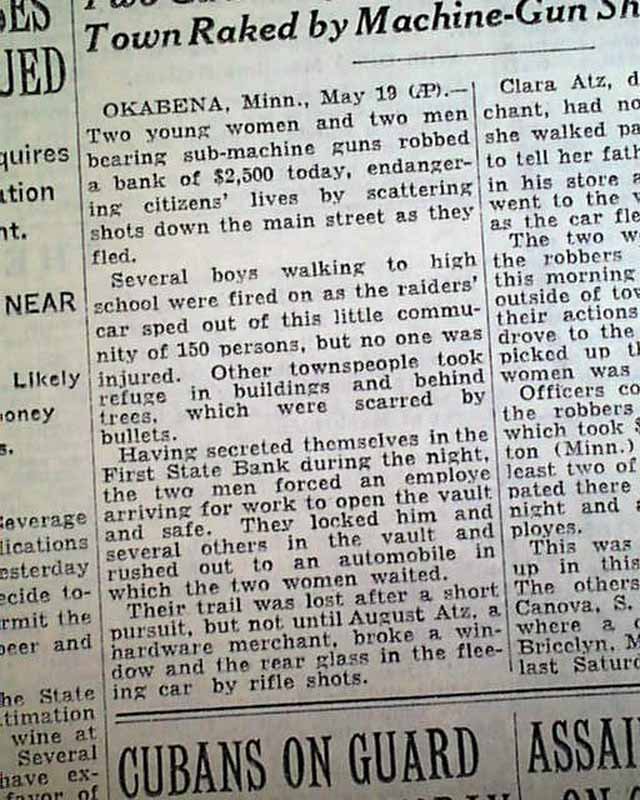 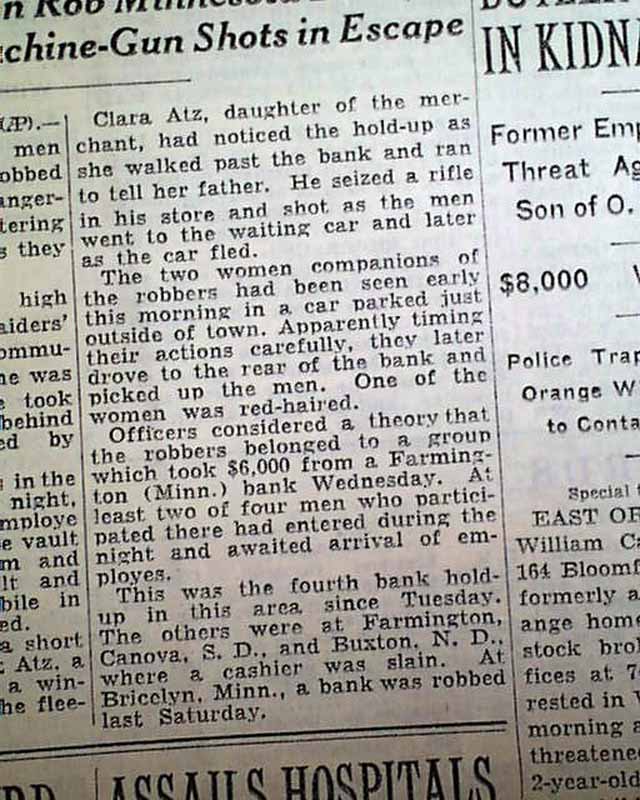 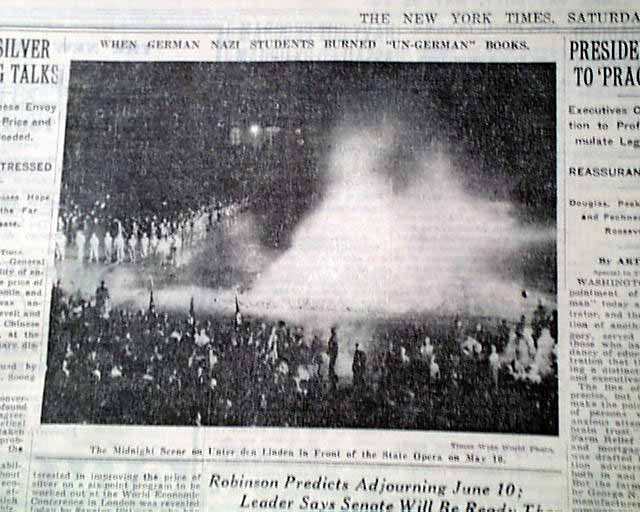 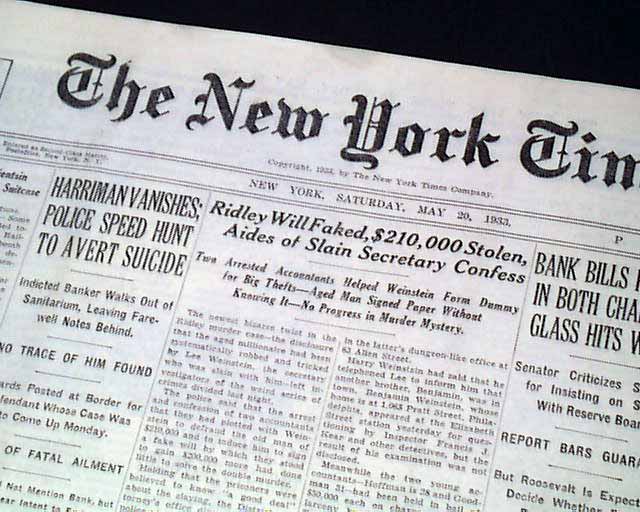 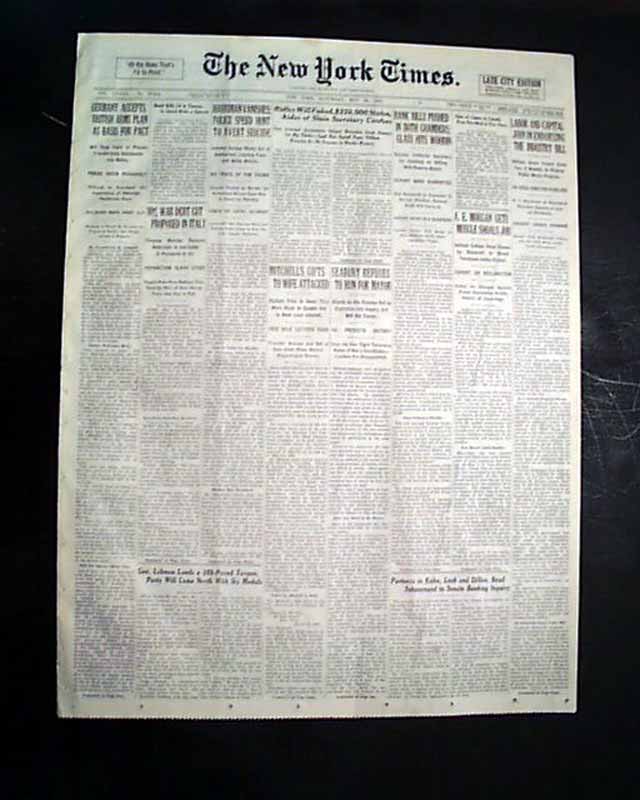