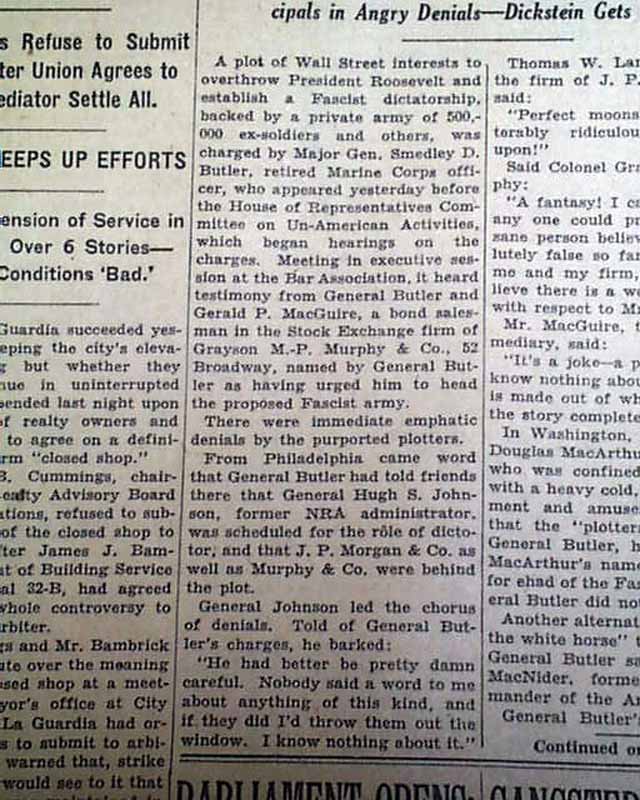 The top of the front page has a two column heading: "Gen. Butler Bares 'Fascist Pot' To Seize Government by Force" with subhead. (see) Lengthy text continues inside with photo of Smedley Butler.
Other news, sports and advertisements of the day. Complete in 40 pages, light toning, a little margin wear, archival mend on the front page, address stamp in the masthead, generally good.