Home > Back to Search Results > First print of an American President in a periodical?
Click image to enlarge 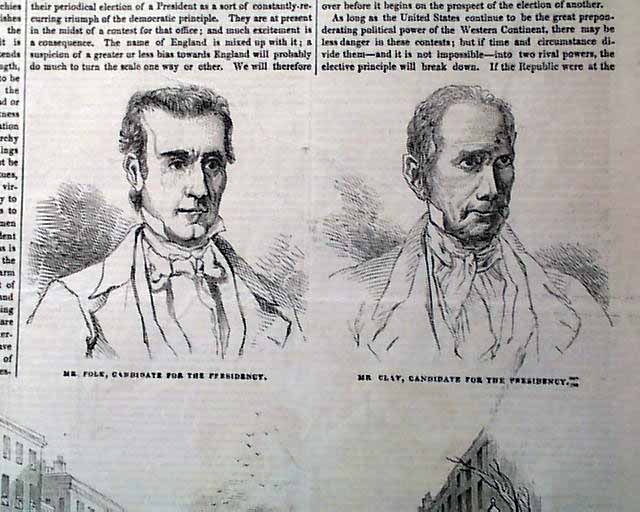 First print of an American President in a periodical?

* 1st illustration of a U.S. president in a periodical

The front page begins with an article: "The American Presidency" carrying over to page 2, with some interesting commentary on the American democratic election process including; "...almost the only remaining instance of the elective principle applied to creating the head of a state. It has been abandoned by the monarchies of Europe...If it is found to work well & tends to promote the strength, peace, & unity of the States, we hope it will long continue...".
Also of note are the front page prints of: "Mr. Polk Candidate for the Presidency" and: "Mr. Clay, Candidate For the Presidency" as well as a larger print: "Great Whig Procession at New York".
There is a lengthy & descriptive article on page 2.
We believe these prints of James K. Polk and Henry Clay are the first illustrations in a periodical of an American President, and very significant as such.
Complete in 16 pages, nice condition.