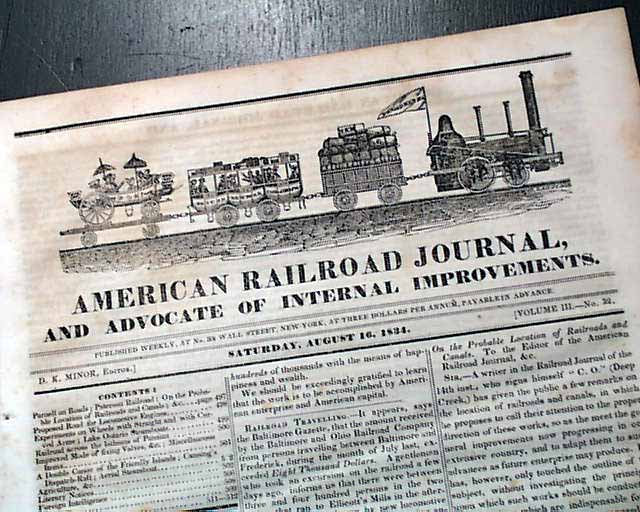 This is a very early issue of the very first American periodical on railroading, having begun the year prior.
The best feature of this newspaper is the great and very early engraving of a railroad train in the masthead, showing an engine with three cars. Note the simplicity of the train, but keep in mind this is from the formative years of the railroad industry.
There are railroad-related articles in this 16 page issue including a a few illustrations. Measures 9 by 12 inches nice condition.