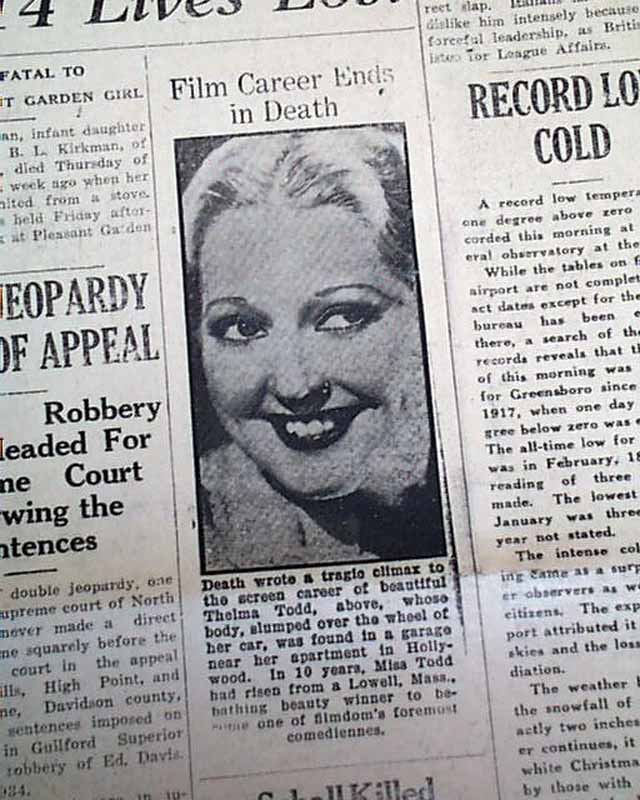 The front page has a one column photo of Todd headed: "Film Career Ends in Death" with brief text.
Complete with 8 pages, light toning at the margins, some small binding holes along the spine, generally nice.